Bangladesh knock England out of World Cup to reach quarter-finals

e-News® | The NEWS Company…ADELAIDE, Australia, March 9, 2015 : Bangladesh knocked England out of the World Cup with a sensational 15-run Pool A victory at the Adelaide Oval on Monday to make the quarter-finals. Rubel Hossain was Bangladesh’s star at the finish, clean bowling Stuart Broad and last man James Anderson to seal victory for the Tigers as England finished on 260 all out chasing a target of 276.

Earlier, Bangladesh — who had been eight for two — made 275 for seven after being sent into bat, with Mohammad Mamudullah (103) compiling the country’s first individual World Cup hundred and Mushfiqur Rahim making 89.

Defeat meant England — whose only win at the tournament so far has been against non-Test Scotland — couldn’t claim a quarter-final place but Bangladesh’s victory saw them into the last eight along with Sri Lanka. New Zealand and Australia complete the qualifying picture from Pool A for the quarter-finals. 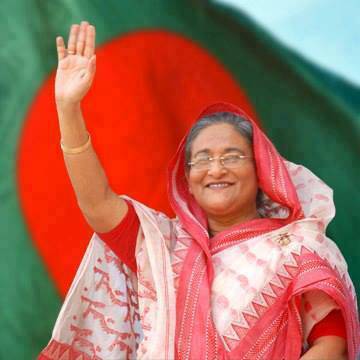 Prime Minister Sheikh Hasina extended her heartiest congratulations to the national cricket team on their extraordinary pride in reaching the quarterfinals for the first time in the Cricket World Cup today.

Bangladesh moved into the quarterfinals in the ICC World Cup Cricket beating England by 15 runs in their fifth group stage match at Adelaide in Australia. In a message, the cricket-lover Prime Minister especially thanked Mahmudullah Riyadh for hitting a spectacular century in the World Cup, which is the first for any player of the Bangladesh team. Sheikh Hasina greeted the national team players, manager, coach and cricket board officials as well as numerous Bangladeshi cricket fans at home and abroad for this stunning success.

She hoped that the national team would continue this success in the upcoming matches of the World Cup as well as uphold the red-green flag with indomitable spirit and mental strength of the Royal Bengal Tiger.

Modi thanks Sharif after Pak forces evacuate 11 Indians from Yemen