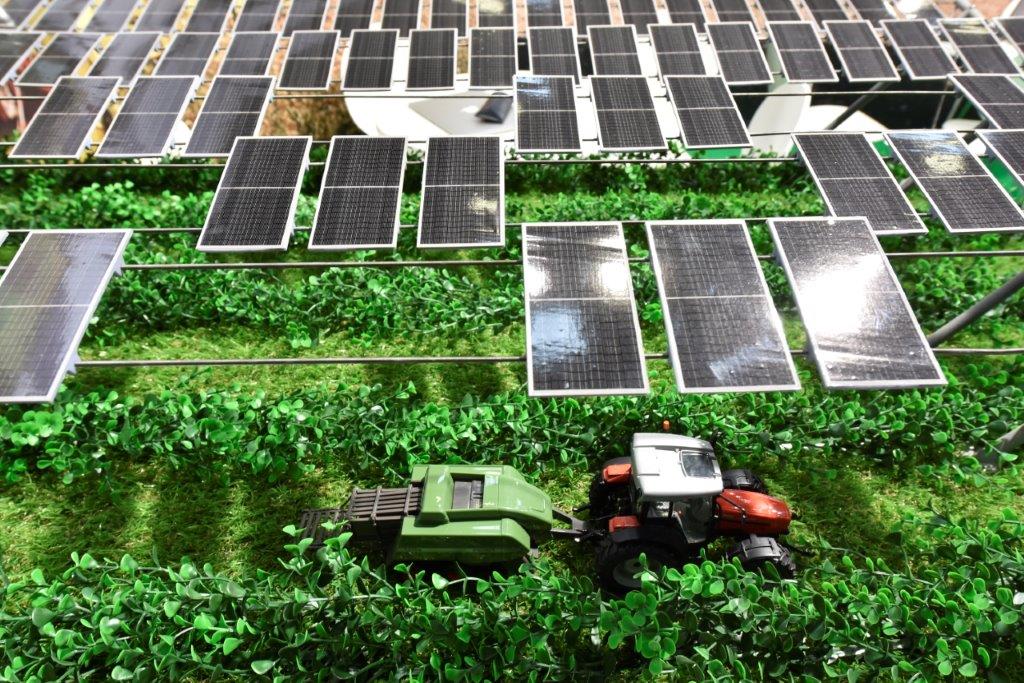 #thenewscompany : The efficient dual use of land for agriculture and solar power generation via agri-photovoltaics (agri-PV) is developing dynamically and is attracting increasing interest. Agri-PV is no longer a niche product. According to Fraunhofer ISE, more than 14 gigawatts (GW) were already installed worldwide by 2020, most of them in China. Agri-PV is also establishing itself in Europe. For example, innovation tenders are starting in Germany, Italy is preparing large-scale funding and the world’s first dedicated agri-PV association was founded in France. Standardization, which is a prerequisite for a market ramp-up, is also making headway. Players will present further experiences, innovative projects and technology for Agri-PV at Intersolar Europe from May 11 to 13, 2022 as part of The smarter E Europe at the Munich Exhibition Centre. In addition, one day before the start of the trade fair on May 10th, they will be exchanging views on the wide range of services offered by Agri-PV at the Intersolar Europe Conference.

A central driver for Agri-PV is the avoidance of land use conflicts with agriculture when expanding solar power production via open space systems. This is evident in many European countries. Italy would like to promote agri-PV with a total of 1.1 billion euros and thus initiate the installation of 2 GW of corresponding systems. In France, agri-PV has been promoted through innovation tenders since 2017, with 48 systems in 2020 alone. According to Christian Dupraz, senior researcher at INRAE ​​(national institute for research pour l’agriculture, l’alimentation et l’environnement) , the trend here is above all for systems with tracking systems (trackers).

Tenders for innovation and the development of standards give development impetus
Innovation tenders promise a development boost for agri-PV in Germany. In April 2021, industry representatives from agriculture, the solar industry, research and certification organizations agreed on a DIN-SPEC 91434, a preliminary stage for a DIN standard. It deals with basic aspects of Agri-PV such as the area of ​​application, terminology, criteria or requirements for technology, planning, installation, operation and maintenance. Building on this, the Federal Network Agency specified the requirements for agri-PV in October 2021 as the basis for the innovation tenders under the EEG, which will start in spring 2022, with a volume of 150 megawatts (MW). In its coalition agreement, the new federal government announced that it would also push ahead with agri-PV even more as part of its 200 GW solar offensive. The originally planned tender volume was increased from 50 MW to 150 MW. In addition, the area setting was expanded to include perennial crops and permanent crops, which also includes fruit-growing areas. The “ Intersolar Europe Trend Paper: Agri-Photovoltaics ” provides more information on the rapid developments in agri-PV in Europe.

Agri-PV has particularly high potential for water-saving land management in regions with a desert climate or with pronounced dry seasons. International research projects such as “WATERMED4.0” and “APV-MaGa Agri-Photovoltaics for Mali and Gambia” are investigating and implementing a triple land use for West Africa: Starting with the cultivation of food and the production of solar power to rainwater harvesting and storage via the installed solar panels.

Great potential in fruit, berry and wine growing
In Babberich in the Netherlands, raspberries ripen on a 3.3-hectare farm under a 2.67 megawatt (MW) strong agri-PV system – and with great success: The net harvest yield was around 10,000 compared to conventional raspberry cultivation under polytunnels increased six percent. Max Tegtmeyer from BayWa re also reported on these experiences in a webinar on the Agri-PV of the International Solar Energy Society (ISES) and the Global Solar Council (GSC), which have been sponsors of Intersolar Europe for many years. The project received “The smarter E AWARD” in 2021 in the Outstanding Solar Projects category. In order to demonstrate and optimize the possibilities of Agri-PV in orchards, a 258 kW test system started up on an apple orchard in Rhineland-Palatinate in September last year. Five agri-PV demonstration systems in pome fruit and berry cultivation with a total output of at least 1,650 kW are to be implemented in Baden-Württemberg. This was announced by the Stuttgart Ministry of the Environment in mid-January 2022 and is providing 2.5 million euros for this purpose.

Intersolar Europe 2022 is bringing technology to the fore
Intersolar Europe 2022 is committed to the international exchange of experiences on agri-PV and wants to advance the comparatively young technology. The trade fair will take place from May 11 to 13, 2022 in Munich as part of The smarter E Europe. Companies such as BayWa re and SunFarming GmbH will present projects, others such as Axial Structural Solutions SL, IDEEMATEC GmbH and Premium Mounting Technologies Systems (PMT) will present the necessary technology. Goldbeck Solar GmbH, which received the “Intersolar AWARD” for its movable solar arches in 2021, will also be presenting its products. Next2Sun GmbH and STEAG Solar Energy Solutions GmbH will also be represented at the trade fair. Other exhibitors include research institutions such as the AIT Austrian Institute of Technology GmbH and the Fraunhofer Institute for Solar Energy Systems (ISE). The current trend paper on Agri-PV shows where exhibitors can be found at Intersolar Europe 2022 in Munich.

Intersolar Europe Conference – Agri-PV in focus
The Intersolar Europe Conference on May 10, 2022 offers another highlight. In addition to conference sessions on applications from the fields of floating PV and BIPV, there will be two events on the topic of Agri-PV on the day. The session “How to Benefit most from Solar & Farming” presents concepts for realistic potentials of Agri-PV, current market developments as well as a product overview and innovative solution approaches. Afterwards, the session “Understanding the Versatility of Combining Solar Power with the Agribusiness” continues directly. The speakers will present a range of agri-PV applications, benefits and developments for farmers. Last but not least, the conference provides insights into the interaction between solar energy and urban farming.

Event notice: Conexio organizes conference on agriphotovoltaics
Conexio-PSE, a subsidiary of Solar Promotion GmbH, is organizing the international hybrid conference AgriVoltaics2022 from June 15th to 17th – online and in Piacenza, Italy (Emilia-Romagna region). The conference makes it clear how important the increased European and international exchange of experience on agri-PV is in order to establish the still comparatively young technology.

Intersolar Europe will take place from May 11 to 13, 2022 at the Munich Exhibition Center as part of The smarter E Europe 2022.