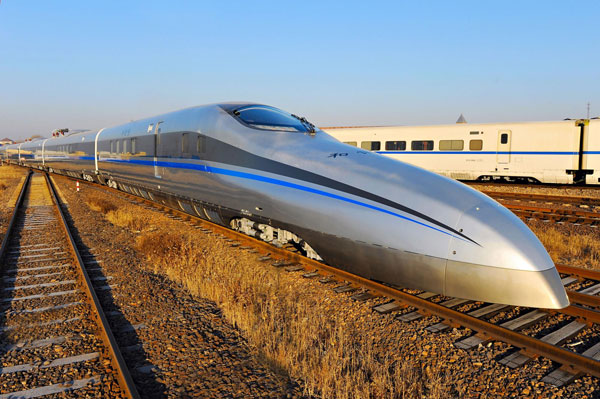 China launched a super-rapid test train over the weekend which is capable of travelling 500 kilometers per hour, state media said on Monday, as the country moves ahead with its railway ambitions despite serious problems on its high-speed network.

The train, made by a subsidiary of CSR Corp Ltd, China’s largest train maker, is designed to resemble an ancient Chinese sword, the official Xinhua news agency reported.

“We aims to ensure the safety of trains operation,” he said.

In February, the railways minister, Liu Zhijun, a key figure behind the boom in the sector, was dismissed over corruption charges that have not yet been tried in court.