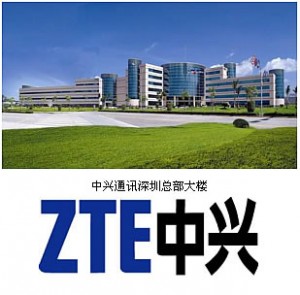 The Shenzhen-based company shipped 35 million handsets in the first half, on track to achieve its target of 80 million units for the year, which would be a third higher than last year, it said earlier this year.

“We will be rolling out 4G phones in advanced countries first. We are talking to more than one overseas network carrier now,” Ding Ning, president of ZTE’s handset division, told Reuters in an interview late on Thursday.

4G, which refers to the fourth generation of cellular wireless standards, succeeds 2G and 3G technologies currently used in most mobile phones globally.

ZTE, which is due to launch its Skate smartphone on Hong Kong on Friday running Google Inc’s Android 2.3 and sporting a Qualcomm Inc chipset, has been grabbing market share from more well-known global names with popular products such as Blade.

Ding said the company had seen good sales in emerging markets, such as Latin America, Africa and Southeast Asia, and was unfazed by economic doldrums in the United States and Europe.

“It creates an opportunity for us, as network carriers need to control their budgets and we provide products that can help them do that,” he said.

With top Chinese Internet companies such as Baidu Inc and Alibaba Group recently launching mobile operating systems, Ding said ZTE had no immediate plans to come up with its own platform.

ZTE’s Hong Kong listed shares, which have lost more than a fifth of their value this year, ended 5.35 percent lower on Thursday, lagging the main Hang Seng Index’s .HSI 4.85 percent.

China's Alibaba and partners to invest $16 billion in logistics network