#thenewscompany :  Bangladesh has won the sea victory in a suit filed by Prime Minister Sheikh Hasina, its amount is more than one lakh kilometers, which is equal to another Bangladesh. As he has been searching for the first time in Swach in the Bay of Bengal. The present government is working under the SDG not only on the surface of the sea, but also on the life of the sea.

Beginning from where the Sundarbans ends in the south of Bangladesh, starting from the voyage Another 185 kilometers south of the trip, the vast kingdom of blue waterside, which is called Swatch of No Ground, That is, there is no floor. The reserve area ‘Swatch of no Ground’ or SONG, which is comprised of one 73,700 hectares of the Bay of Bengal, is one of the 11 deepest canyons in the world, which was built 1,25,000 years ago. 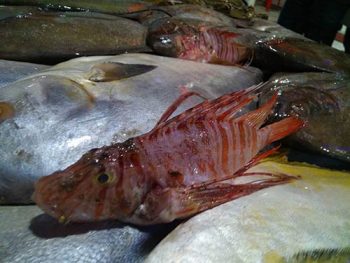 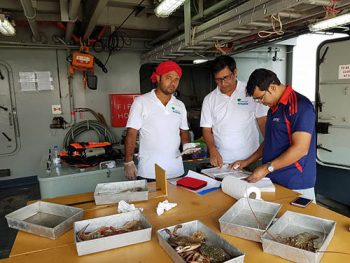 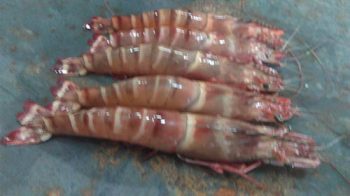 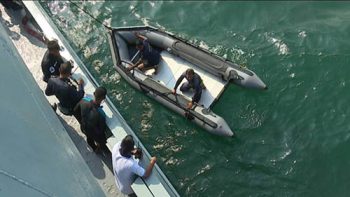 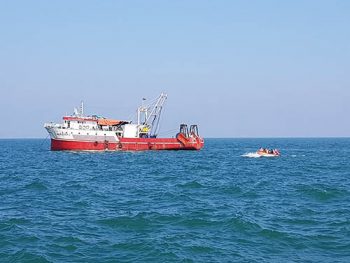 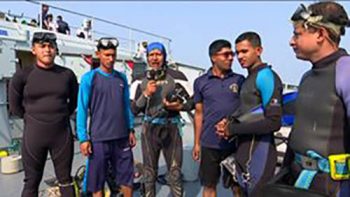 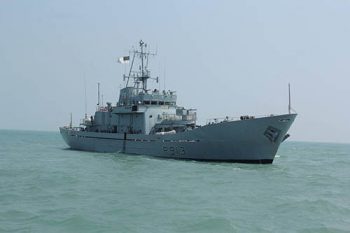 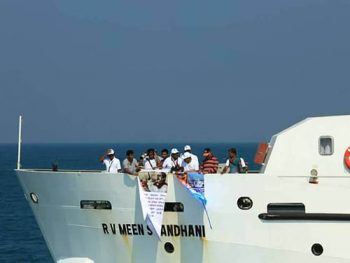 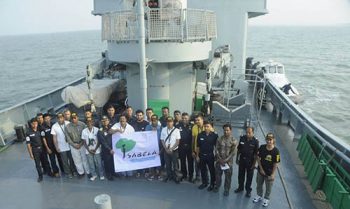 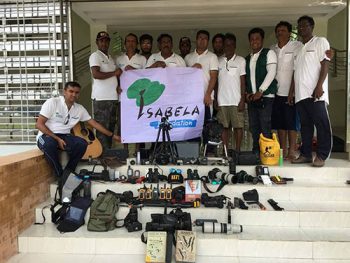 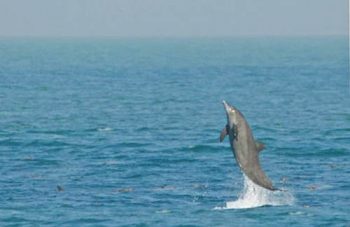 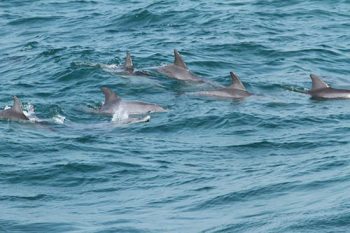 World’s second largest hole is found in Bay of Bengal, Swatch of no Ground a trough-shaped marine valley or canyon that cross the continental shelf diagonally and situated on the south of the Ganges-Brahmaputra delta. It is also known as Ganga Trough.

Secondary information of various sources revealed that Similar delta-front troughs are found off the mouth of the Indus River known as Indus Trough and off the West Side of the Mississipi delta, the Mississipi Trough. Swatch of no Ground has a comparatively flat floor 5 to 10 km wide and walls of about 12′ inclination. At the edge of the shelf, depths in the trough is about 1,200m. It has been suggested that the Swatch of no Ground has a seaward continuation for almost 2,000 km down the Bay of Bengal in the form of fan valleys with levees.

The sandbars and ridges near the mouth of the Ganga-Brahmaputra delta pointing toward the Swatch of no Ground indicate that sediments are tunneled through this trough into the deeper part of the Bay of Bengal. Slumps, growth faults and evidence of mass movement coupled with high sedimentation rates near the Swatch of no Ground provide dramatic evidence that modern sediment is being channeled off-shelf through the submarine canyon to the Bengal Fan.

Studies on the Bengal deep sea fansuggest that Swatch of no Ground is feeding the Bengal Fan by turbidity currents. Most of the sediment of the Bengal Deep Sea Fan has been derived from the confluent of Ganges and Brahmaputra rivers, which drain the south and north slopes of the Himalayan, respectively. Under the present condition perhaps low-density turbidity currents and sand cascading are perhaps dominating process of sediment transport from the shelf to the deep sea through the Swatch of no Ground.

There is some controversy regarding the origin of Swatch of no Ground. However, it is generally believed that during the Pleistocene (2-0.1million years ago) lower sea level, Ganga-Brahmaputra River was discharging its sediment load directly on the shelf edge. Combination effect of river flow and turbidity currents generated at the shelf break and upper slope was responsible for the formation of the Swatch of no Ground. Evidence from the Bengal Deep-Sea Fan also tends to support this view. It has been observed that turbidity currents during the Pleistocene lower sea level dominated sedimentation on the Bengal Deep-Sea Fan and the sediments were distributed on the fan by a system submarine channel originating from the Swatch of no Ground.

Swatch-of-No- Ground (SoNG) a mysterious sub-marine canyon in the Bay of Bengal which is geologically, hydrologically and ecologically a less studied marine ecosystem on earth. Some preliminary information of the area storied mainly by the sailors of olden days which portrayed as hearsay and myths pertaining to it’s depth, water current and sightings of mega fauna like Whales, Dolphins, Porpoises, Sharks, Fish and Turtles .  The area mapped by the shippers and sailors as an important corridor navigational route between Asia and Pacific during pre-historic era.

Very recently, Bangladesh Navy conducted a hydrological mapping of the area to learn about the depths, currents and hydro-morphology of the canyon and some wildlife researchersfrom IUCN/SSC/Cetacean Specialist group with support of Whale and Dolphin Conservation Society (WDCS) UK.and Wildlife Conservation Society (WCS) USA. visited the place and reported sightings of marine mammals and some seabirds of the area.

Based on the preliminary study and findings on the marine mammals species richness a part of SoNG had declared as Marine Protected Area (MPA) by the MoEF under the Wildlife (Conservation and Security) Act 2012. in 2014. MOEF and UNDP is in the process of developing a project for studying and managing the MPA at SoNG.

Mr.Kabir Bin Anwar Director General, administration of the Prime Minister’s Office (PMO) Bangladesh with his personal inquisitiveness and interest on SoNG organized RECOs under the banner of Isabela Foundation (IF) with support from MoFL and Bangladesh Navy. 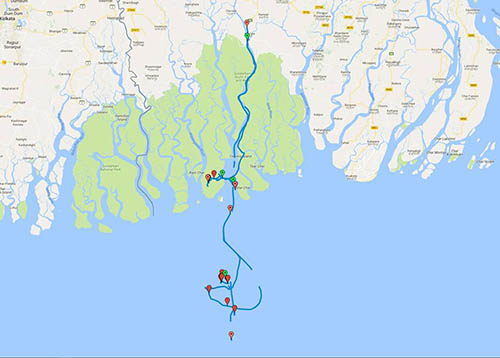 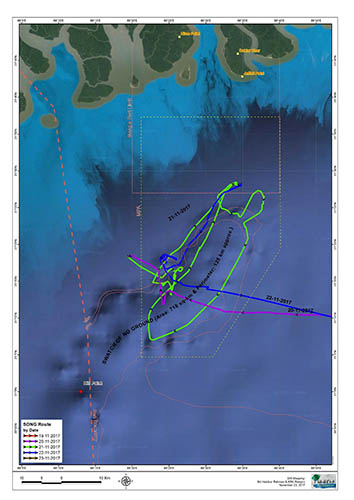 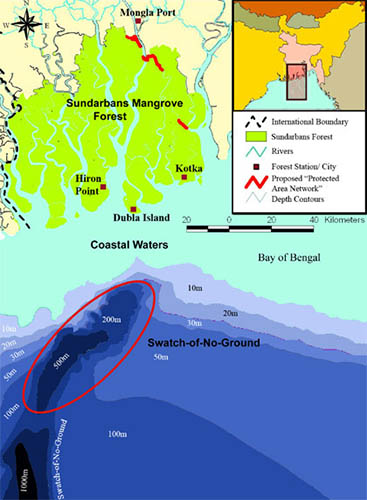 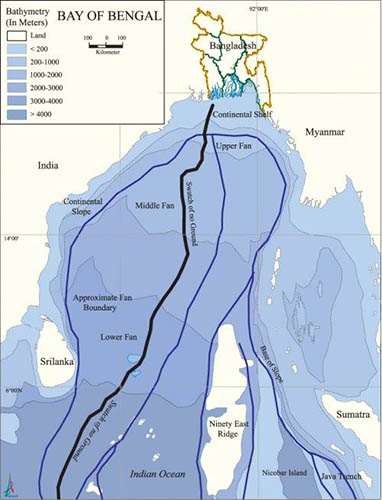 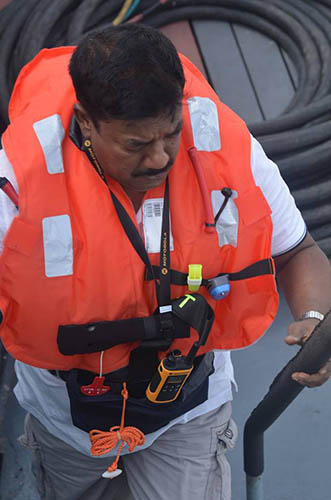 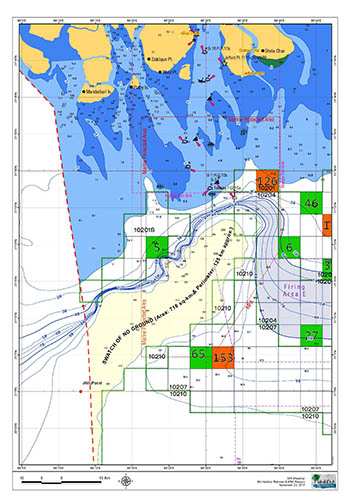 The total number of marine species in the regions, and globally, is still uncertain because so many species remain to be sampled, distinguished, identified and described. An estimated 25%–80% of species remained to be described in Australia, Japan, Mediterranean deep-sea, New Zealand, and South Africa, also regions of high species richness. We may expect the proportion of undescribed species to be toward the higher end of this range for the tropics of Asia and the Pacific. Thus, the proportion of undiscovered species may be close to 70%–80% of all marine species. The current estimate of described species is 230,000 suggesting there may be 1 million to 1.4 million marine species living on Earth.

Marine Biological diversity of Bangladesh is not yet inventoried and waiting lots of discoveries as far as it Ichthyofauna, Herpetofauna, Avifauna and invertebrates are concerned. Some sporadic survey carried out by BOB/FAO and BLOMBE programme to understand the species diversity and stock of marine fish. A preliminary checklist of marine mollusks and shell fish is available. But the occurrence, distribution and abundance invertebrate fauna is still remain unexplored.

A complete Report can be Found HERE with the full Credentials and references.