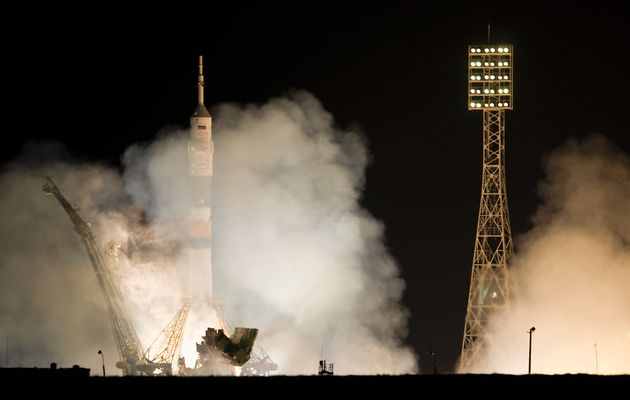 Despite a spate of Russian space accidents last year, NASA remains confident in its partner’s ability to fly crew and cargo to the International Space Station, the program manager said on Thursday.

The latest accident involved a Soyuz capsule being prepared to fly a new crew to the $100 billion orbiting research laboratory on March 29.

The spacecraft was inadvertently over-pressurized during testing, rendering it unsuitable for flight.

As a result, the next crew to fly to the station will not launch until mid-May, NASA’s space station program manager Mike Suffredini told reporters on a conference call Thursday.

“This particular event is very unfortunate, but this is a complicated business and things happen,” Suffredini said. “To me, this is not indicative of some over-arching problem.”

“I think they are concerned about making sure there’s not some systemic issue that goes across all of the industry but I’d also tell you that the human launch vehicles are treated completely different from the rest of the launch vehicles,” he added. “They’ve been a very, very reliable system.”

The flight, previously scheduled for February, will slip to at least March 20, and more likely early April, Suffredini said.

The company, known as SpaceX, is working through several minor technical issues with its Dragon cargo capsule and flight software, Suffredini said.

NASA has already hired SpaceX and a second firm, Orbital Sciences Corp to fly supplies to the station after the retirement of the space shuttles last year.

Russia now has the only vehicles capable of flying astronauts to the station, which it jointly owns with the United States, Europe, Japan and Canada. NASA pays Russia about $60 million per person for rides on the Soyuz.

The agency is spending $406 million this year to help a handful of U.S. companies, including SpaceX, Sierra Nevada Corp. and Boeing develop their own space taxis, with the goal of being able to buy rides commercially in about five years.

RAB arrests an ASI with 6.8 lakh pieces of Yaba in Ctg