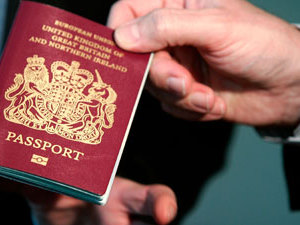 Passengers travelling through Heathrow airport next week have been warned they may have to queue for up to 12 hours when immigration officers go on strike.

Heathrow’s operating officer Normand Boivin warned: “Modelling of the impacts of strike action on passenger flows at Heathrow show that there are likely to be very long delays of up to 12 hours to arriving passengers.

“The delays at immigration are likely to be so long that passengers could not be safely accommodated within the terminals and would need to be held on arriving aircraft.

“This, in turn, would quickly create gridlock at the airport with no available aircraft parking stands, mass cancellations for departing aircraft and diversions outside the UK for arriving aircraft,” he told The Daily Telegraph.

Airport operator BAA predicted “gridlock” as passengers are forced to remain on planes as queues build inside terminals.

British Airways say their customers will be able to switch their flights free of charge if they are concerned.

In a statement the airline said: “We understand there will be a significant risk of severe delays in passing through passport control, with potential knock-on effects on wider airport operations.”

BA said it plans to run a normal schedule and is doing everything it can to protect customers.

Civil servants have been approached to help man the borders next Wednesday when up to 18,000 immigration officials are expected to take part in a public sector walkout.

The UK Border Agency has also asked staff working in embassies and high commissions in South Africa, India and Russia to return to Britain to help with cover for their striking colleagues.

In a statement UKBA said securing the border was its priority.

Ministers have condemned the planned strike over public sector pensions which could see two million workers stay away from work on November 30.

But the TUC said the Government’s estimate that the strike could cost the UK £500m in lost revenue was “fantasy economics”.

Striking workers have been given support from former Labour home secretary Alan Johnson, who joined a union when he worked as a postman and went on to take full-time union posts.

“Every independent trade union can ballot under very strict rules. If they can’t do that over an issue as important as their pensions then what can they take industrial action over?” he told the BBC.

“On this issue, I think the Government generally want to negotiate a settlement but they started off badly.”

However, Labour leader Ed Miliband has called instead for compromise between the Government and union leaders.

“I am very concerned about the cost of these strikes and that is why both sides must work to stop these strikes happening,” he said.

On Thursday, Prime Minister David Cameron condemned the planned industrial action and said there should be no doubt in voters’ minds the fault lies with union bosses.

Danny Alexander, the Chief Secretary to the Treasury who took part in the union negotiations, said there was “no money left” to meet demands.

Mr Alexander said he may have to bring his daughter to the office, if schools close.

In addition to having an impact on the economy, the strikes could worsen the coalition’s appeal to women voters, Unison general secretary Dave Prentis has suggested.

He told The Guardian: “It is the women who voted for this. We have a million female members, and it is their decision – they wanted to take this action.

“The right-wing press brand this as an old-fashioned trade union dispute, linking it to strikes in the past.

“But this is different. People who provide our local government services, our health services, people who care for us, are saying they can’t take it any more. And 75% of these workers are women.

“I think the Government is beginning to realise that the overwhelming majority of people taking action will be women. They are worried about women moving away from the coalition.”

The next Spider-Man movie is called Spider-Man: Homecoming