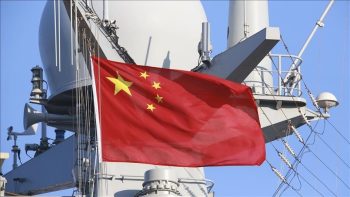 Live fire drills kicked off Thursday, a day after a controversial visit to the island by US House Speaker Nancy Pelosi.

Those exercises were expected to draw to a close on Sunday, but neitherBeijing nor Taipei confirmed their conclusion.

“The Chinese People’s Liberation Army continued to carry out practical joint exercises and training in the sea and airspace around Taiwan island, focusing on organising joint anti-submarine and sea assault operations,” the Chinese military’s eastern command said in a statement.

Beijing has deployed fighter jets, warships and ballistic missiles in what analysts have described as practice for a blockade and ultimate invasion of the self-ruled island — which China claims as its territory.

Taiwan’s transport ministry Sunday said six of the seven “temporary danger zones” China had warned airlines to avoid ceased to be in effect as of noon on Sunday, signaling a partial drawdown of the drills.

Bangabandhu-1 satellite to be launched in Dec : Tarana

Activists come of age at "Oscars" for hackers