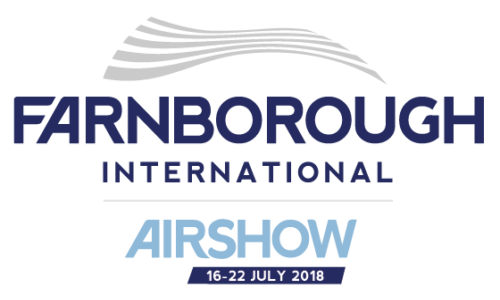 In June, 76 companies confirmed their participation at the Airshow next summer comprising 25 first-time exhibitors. The team also saw 17 returning exhibitors increasing their space, bringing the June total to 17,138sqm and 39 chalets confirmed.

June is a notoriously busy month for the Farnborough International team. This year, as well as officially launching the 2018 show, the team were out exhibiting at both the UK Space Conference and Paris Airshow as well as attending AP&M Europe. During the week in Paris, many new exhibitors were signed up for FIA18 including Boom Supersonic, Moog and GE Additive. Many returning clients also saw their visit to Paris as an opportunity to confirm their FIA18 participation including ATI, Constellium and Tekever. Five new international pavilions from UK, Republic of Ireland, Italy, Czech Republic, and Austria were also confirmed. Farnborough International also announced that ten companies had signed multi-show agreements committing them to the Airshow for 2018 and beyond.

Farnborough International Airshow 2018 runs under the headline of ‘The Future Starts Here’. It is the meeting place for the aerospace industry, and the team continually strives to develop the content of the show in line with key trends. As such the show is looking to attract exhibitors from more sectors including Aerospace 4.0 – the term coined to represent the growing digitalisation of aerospace manufacturing. The show will also see expanded presence in business aviation, space and cargo sectors alongside the more traditional sectors of commercial, defence, rotary and MRO.

Other new key highlights for FIA18 include FINN – Farnborough International News Network – a video-led news channel. During the show, FINN Live will broadcast news, interviews and commentary across the site-wide screen network and, under the title of FINN Sessions, host a conference programme within two on-floor theatres in Hall 3 and 4 covering key industry topics.

Speaking about the show, Farnborough International Commercial Director, Amanda Stainer said, “We are delighted to be reporting such terrific figures one year out from the next Airshow. We are performing well ahead of target and have sold 75% of our chalets and hall space. We are also pleased to see International participation increasing show on show. The Delegations Programme and other networking features such as Meet The Buyer continuing to grow and promote business networking opportunities for all participants.”

She also added “The biggest change our exhibitors and visitors will see in 2018 will be the new permanent Hall 1. A huge investment in the show and the venue, the new hall will offer a major advancement in facilities at the show for years to come.”