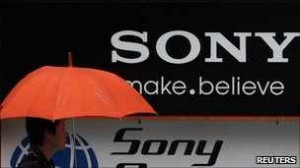 A hacker group has claimed it has attacked the Sony network and stolen more than one million passwords, email addresses and other information.

Lulz Security said it broke into servers that run SonyPictures.com.

Sony said it was aware of Lulz Security’s statement and was investigating, the Associated Press reported.

In April, hackers broke into Sony’s PlayStation Network and stole data from more than 77 million accounts.

That attack was considered the biggest in internet history and led to Sony shutting down the PlayStation Network and other services for almost a month.

The company has estimated the data breach will result in a $170m (£104m) hit to its operating profit.

Since then, Sony’s networks have become targets for hackers and the company has confirmed at least four other break-ins prior to the claimed attack on Sony Pictures.

Lulz Security claims to be behind one of those attacks: an assault on Sony Music Japan.

The latest alleged attack will come as a blow to the Japanese firm, 24 hours after it announced the PlayStation Network would be fully restored in the US and Europe, and said it had beefed up its security systems.

In a statement on Thursday, Lulz Security said it had hacked into a database that included unencrypted passwords as well as names, addresses and dates of birth of Sony customers.

“From a single injection, we accessed EVERYTHING,” it said. “Why do you put such faith in a company that allows itself to become open to these simple attacks?”

“What’s worse is that every bit of data we took wasn’t encrypted. Sony stored over 1,000,000 passwords of its customers in plain text, which means it’s just a matter of taking it.

“This is disgraceful and insecure: they were asking for it.”

The group also recently claimed responsibility for hacking the website of the PBS network and posting a fake story in protest at a news programme about WikiLeaks.