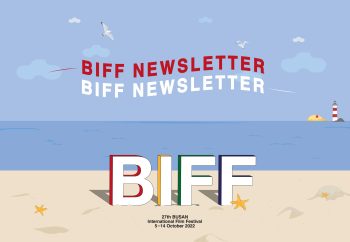 Drawing Attention with Diversity and Creativity!
This year’s Korean Cinema Film – Vision section shines more than ever in their selections of profound quality, and especially in the broad spectrum of diversity. From conventionally popular social drama to silent film, stop motion animation, thriller, coming of age film, and fable, this year’s selections are showcasing a further diversified pool of genres. And such wide diversity appears not only in the genres, but also in the styles and forms of their themes and subjects.

Birth, directed by Yoo Jiyoung, cautiously observes a writer and her lover, whose lives are turned upside down due to an unexpected pregnancy. Peafowl, directed by Byun Sung-bin, maintains an upbeat tone while portraying a series of events of understanding and misunderstanding that Haejun, a drag queen and dancer, undergoes while visiting their conservative hometown.

Beyond, directed by Lee Haram, is a playful and outlandish film that depicts the travels of a poor boy who follows a ghost to hell. The Day after Yesterday, directed by Yoon Ji-hye, portrays a strange night of dreams in which the real world and the film itself are connected like the Möbius strip.

Director Cho Hyunchul’s The Dream Songs presents the story of love and adventure of two high school girls the day before their field trip, which is depicted like a vivid daydream or a vague déjà vu. The Ripple, directed by Lim Seunghyun, is a story about a grandmother, who is living in despair after the death of her granddaughter, and a depressed girl, who lost her grandmother, taking care of each other.

Greenhouse, directed by Lee Sol-hui, intelligently captures the fate of a woman, whose life falls into a whirlpool after going through a tragic event, that possesses an underlying tone of high tension throughout the film. Big Sleep, directed by Kim Taehoon, tells the story of a rough but warm-hearted man who connects and coincides with a lonely, homeless boy.

Mother Land, a stop motion animation directed by Park Jae-beom, shows the adventure of a brother and sister from an imaginary tribe in Tundra, who venture out in search of a red bear, who is the spirit and owner of the earth. Star of Ulsan, directed by Jung Kihyuk, depicts a protagonist who has worked in a dockyard for a long time since losing her husband and serenely embraces the complicated matters in her life.

The Continuing Land, directed by Jo Heeyoung, sophisticatedly describes the psychological aspects of relationships and breakups between two pairs of lovers, who are staying in foreign countries. Paper Man, directed by Ki Motae, is an odd fable about capital and social ladder that is portrayed through the story of a man who has been evicted from his home and starts to live under a bridge.

The 27th Busan International Film Festival, which is attracting much attention after unveiling the 12 selections for the Korean Cinema Today – Vision section, will be held for 10 days from Oct 5 (Wed) to Oct 14 (Fri) at the Busan Cinema Center. 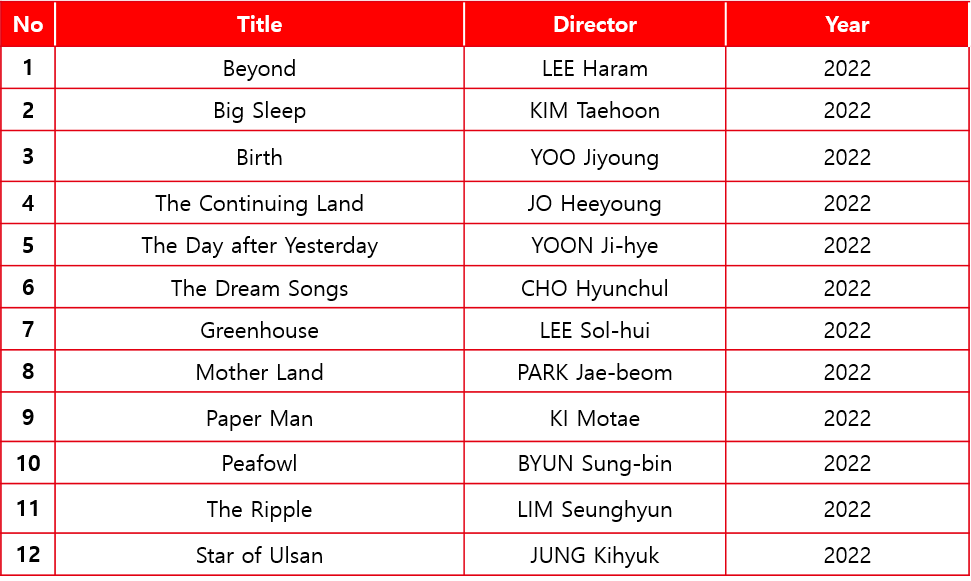