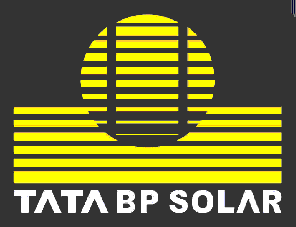 Tata BP Solar India Ltd, a joint venture of Tata Power and BP Solar, has installed and commissioned a megawatt scale solar power plant under the Rooftop and Other Small Solar Power Generation Plant scheme administered by IREDA under the Jawaharlal Nehru National Solar Mission (JNNSM) for the first time in the country. The plant is coming up in Mayiladuthurai district, Tamil Nadu.

The project is owned and developed by B&G Solar Private Ltd at Komal West village, Mayiladuthurai in Tami Nadu. The 1 Mw plant was synchronised to the grid on June 10, which is a three months ahead of the scheduled date of start of September 16.

K Subramanya, CEO, Tata BP Solar, said, “Tata BP Solar team as the engineering, procurement and construction (EPC) contractor worked in tandem with the B&G Solar team to achieve completion of the project well ahead of time. The plant was put up in 150 days.” The company did not disclose any financial details and when contacted company officials were not available for comment.

The project uses 4,400 crystalline silicon modules of 230 Watts each spread over 5.5 acres.

These modules will generate electric current when solar radiation falls on them. This DC (direct current) electricity will be converted to AC (alternating current) through inverters and upgraded to 11 kV via transformers so that it is fed into the electricity grid lines of Tamil Nadu Electricity Board at 11 kV.

The solar power plant will generate 1.49 million units of electricity per year. Tata BP Solar has also taken the contract to provide the Operation and Maintenance (O&M) services to the plant for the first 10 years after commissioning. The plant is designed to run for 25 years and the crystalline silicon modules manufactured and supplied by Tata BP are expected to perform for this 25 years with minimal degradation in the power output over the life time. B&G Solar has signed a Power Purchase Agreement (PPA) with the TNEB for 25 years to supply this power to them.

Chairman of B&G Solar V Bhaktavatsalam added that this is the first one to commission the solar plant out of 80 such plants totalling 100 Mw coming up all over India under the rooftop solar plants scheme of the IREDA (Indian Renewable Energy Development Agency).

The JNNSM is a flagship project of the Indian government to mainstream the use of solar energy and has galvanised industry by setting out an ambitious target of installing 20,000 Mw of grid-connected solar power generation capacity by 2022 in addition to 2,000 Mw of off-grid solar power.

Of this, 1,100 Mw grid connected solar power capacity is to be installed in the first phase, ending in March 2013. Nearly 800 Mw of this has already been allocated and is currently under execution.