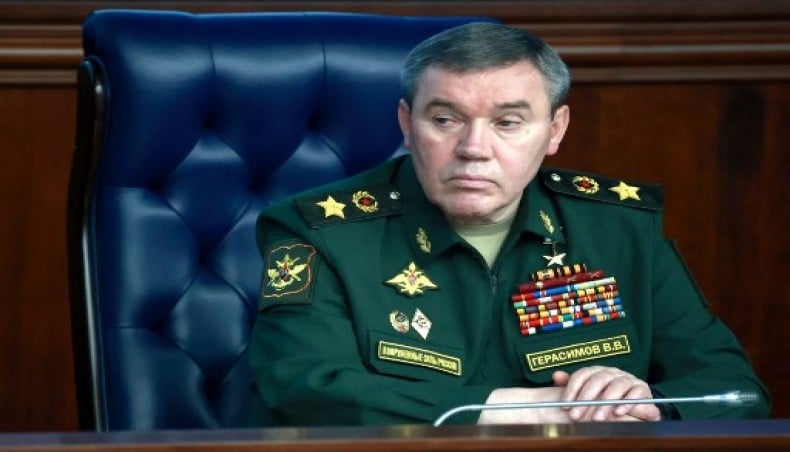 #thenewscompany : Russia has again replaced its top commander in Ukraine, putting army chief of staff Valery Gerasimov in charge of its forces in the conflict, the defence ministry said Wednesday.

“Army General Valery Gerasimov, Chief of the General Staff of the Russian armed forces, has been appointed Commander of the Joint Grouping of Troops (Forces),” the ministry said.

Sergei Surovikin, the commander of Russia’s forces in Ukraine for the past three months, will become Gerasimov’s deputy.

Surovikin will work alongside two other generals, Oleg Salyukov and Alexei Kim, according to the statement.

“The increase in the level of leadership of the special operation is linked to the expansion of the scale of the tasks at hand and the need to organise closer interaction between troops,” the ministry said.

One of Russia’s main Telegram channels in support of the offensive, Rybar, was sceptical about whether the switch could help Moscow’s troops have more to show from the lengthy operation.

“Moving components around doesn’t change the overall sum,” Rybar said on messaging app Telegram, adding “we want to believe in a miracle in the 11th month of the special operation.”

Surovikin, an army veteran with a reputation for ruthlessness, was tasked with turning the tide in Ukraine in October as the Russian army faced a series of battlefield defeats.

Just about a month after his appointment, Russia retreated from the southern city of Kherson, the only regional capital it held. The frontline has globally stabilised since. Moscow’s forces are also leading a long and bloody battle in the east around Bakhmut and Soledar, where the situation was unclear on Wednesday.

Russian mercenary group Wagner claimed to control the gateway town of Soledar, while the Kremlin cautioned against declaring victory prematurely.

Rybar said that Surovikin’s results were “controversial” and that any immediate successes — including a potential win in Soledar — would now be credited to “the new-old commander” Gerasimov.

“Only time will tell” if the “unsinkable” general Gerasimov would also be demoted if Russia suffered new setbacks, he said.

Here's The Technology 1,000 Times Faster Than 4G for your Phone