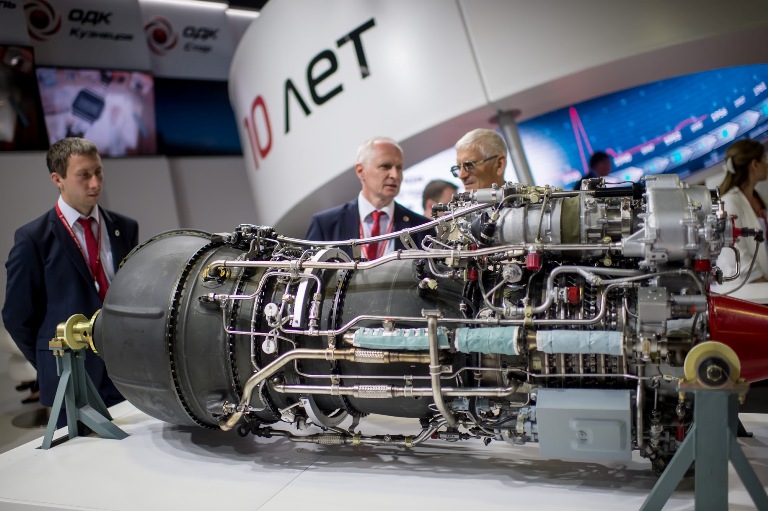 #thenewscompany : The type certificate of the helicopter turboshaft engine VK-2500, designed and produced by the Saint Petersburg company UEC-Klimov (part of the United Engine Corporation (UEC) of the Rostec State Corporation), was validated in China. The powerplant can now be used in Russian-made civilian helicopters in China, which allows to geographically expand the sales and operation of Russian Mi and Ka helicopters.

The validation process of the VK-2500 engine was carried out in close cooperation between the Chinese aviation authorities and the Russian Mil Moscow Helicopter Plant (part of the Russian Helicopters holding company of Rostec) and the Russian Federal Air Transport Agency. This was the first occasion in 19 years when The Civil Aviation Administration of China has certified a Russian helicopter engine. UEC’s next step will be to certify the VK-2500PS-03 engine for helicopters in China as well as to validate the type certificate of VK-2500PS-03 in India, South Korea, Brazil and Mexico.

“China is one of Rostec’s traditional cooperation partners in the fields of both military and civilian technology, and helicopters are one of the most important parts of this cooperation. In 2017, UEC presented a modernization project of Chinese helicopters aimed at replacing the TVZ-117 engine to the more advanced VK-2500, which sparked significant interest of the helicopter operators. Last year, demonstration flights of the Mi-171 helicopter equipped with VK-2500 engines were held in the Chinese city of Lijiang. The Ministry of Emergency Situations and Civil Aviation Administration of China highly appreciated the capabilities of the helicopter for cargo transportation and extinguishing high altitude fires. The successful validation of the VK-2500 type certificate allows us to start the modernization project of Russian helicopters in China”, noted the Aviation Cluster Industrial Director of the Rostec, Anatoly Serdyukov.

VK-2500 has been designed to replace the TVZ-117 helicopter engine. It has three different modifications within the takeoff power range of 2000 – 2400 hp. The powerplant introduces a digital integrated automatic control system (ACS) instead of analog one, advanced sensors, operating hours and monitoring counter and better construction materials. This provides better performance indicators, such as increased power in emergency flight modes, temperature control in a wider range of outdoor conditions and higher service life. VK-2500 gives fundamentally new possibilities for helicopter operations in high-mountain regions and regions with hot climate.

Today, UEC is increasing production rates of VK-2500 engines to meet the needs of state and export contractors. The engines are exclusively assembled from Russian components.

Rostec is a Russian State Corporation that was established in 2007 to facilitate the development, production and export of high-tech industrial products designed for civilian and military applications. The Corporation comprises over 700 organizations in 60 constituent entities of the Russian Federation that are currently part of 15 holding companies and 80 directly managed organizations specializing in manufacturing military-industrial, civilian and dual-purpose products. Rostec’s portfolio includes well-known brands such as AVTOVAZ, KAMAZ, Concern Kalashnikov, Russian Helicopters, UralVagonZavod, etc. In 2017 the consolidated revenue of Rostec reached 1 trillion 589 million rubles, while the consolidated net income and EBITDA amounted to 121 and 305 billion rubles respectively. According to Rostec strategy, the main objective of the Corporation is to ensure that Russia has a technological advantage in highly competitive global markets. Rostec’s key objectives include the introduction of a new techno-economic paradigm and digitalization of Russian economy.​