RIM to give out prototype BlackBerry device 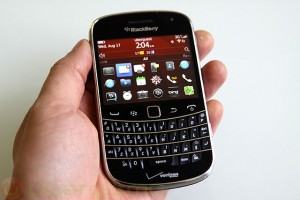 Research In Motion plans to give developers a prototype BlackBerry 10 device to help them design applications for future smartphones that will run on a modified version of the software running RIM’s poor-selling PlayBook tablet.

The Canadian company made clear that the device was not a commercial BlackBerry 10 device, the first of which are due to launch later this year, but would help create excitement among developers for its overhauled operating system.

RIM has struggled to match the massive app libraries available on Apple products and Google’s Android platform, used by a range of handset makers including Samsung.

It is starting afresh with PlayBook and BlackBerry 10, which use a completely different operating system than RIM’s legacy BlackBerry smartphones.

The device, called the BlackBerry 10 Dev Alpha, will be given to developers attending RIM’s annual BlackBerry World conference taking place in Orlando, Florida, in early May.