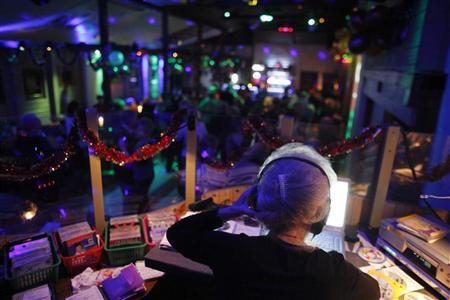 Comforting news for anyone over the age of 35, scientists have worked out that modern pop music really is louder and does all sound the same.

Researchers in Spain used a huge archive known as the Million Song Dataset, which breaks down audio and lyrical content into data that can be crunched, to study pop songs from 1955 to 2010.

A team led by artificial intelligence specialist Joan Serra at the Spanish National Research Council ran music from the last 50 years through some complex algorithms and found that pop songs have become intrinsically louder and more bland in terms of the chords, melodies and types of sound used.

“We found evidence of a progressive homogenization of the musical discourse,” Serra told Reuters. “In particular, we obtained numerical indicators that the diversity of transitions between note combinations – roughly speaking chords plus melodies – has consistently diminished in the last 50 years.”

They also found the so-called timbre palette has become poorer. The same note played at the same volume on, say, a piano and a guitar is said to have a different timbre, so the researchers found modern pop has a more limited variety of sounds.

Intrinsic loudness is the volume baked into a song when it is recorded, which can make it sound louder than others even at the same volume setting on an amplifier.

The music industry has long been accused of ramping up the volume at which songs are recorded in a ‘loudness war’ but Serra says this is the first time it has been properly measured using a large database.

The study, which appears in the journal Scientific Reports, offers a handy recipe for musicians in a creative drought.

BGB rescue 574 people while being trafficked

IS ‘destroyed helicopters’ at T4 base