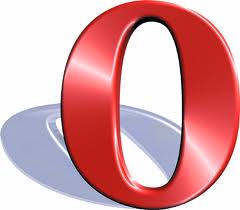 Opera Software would cost Facebook over $1 billion as competition from Google and others could push up the price tag, analysts said on Tuesday, as takeover talk pushed the shares up as much as 26 percent on Tuesday.

Oslo-listed Opera, coveted for its advanced mobile phone software technology, would be a perfect fit for Facebook but the firm’s business is also vital for some of the industry’s biggest players so any bid is likely to attract others to the table.

“Opera would be sensible for Facebook on several levels,” Arctic Securities said.

Opera makes various web browsers that work across an array of platforms including mobile phones, tablets, PCs, and TVs.

The software is available on most phones, including the iPhone and the BlackBerry, and works on various operating systems, including Android, giving Opera the reach Facebook is seeking.

The browser can compress data by as much as 90 percent, saving consumers on data charges, and has the technology to better display ads, a key factor for Facebook which has struggled to convert its rapidly increasing traffic from mobile platforms to revenue.

Opera, which has about 200 million Mobile and Mini subscribers, has also built a significant market share in key emerging markets, such as India, Brazil and Asia, where Facebook has been generally weak.

It would be such a perfect fit for Facebook, analysts said it would have to pay a hefty premium.

DNB, Norway’s top bank, said the price would have to be double Friday’s closing level, or 68.6 crowns, valuing the firm at $1.35 billion, while Danske Bank and ABG Sundal Collier both predicted a price between 50 and 60 crowns a share, or between $1 billion and $1.2 billion.

However, Chief Executive Lars Boilesen last October said he would “love to” further cooperate with Facebook.

“We are already Facebook’s platform of distribution in emerging markets like Africa and India. A big part of the Opera Mini traffic is from Facebook. So we are already their channel in these markets,” he said in October.

“We would love to cooperate with Facebook, but the same goes for Google and everyone else. There are no limits here, because we are the leading mobile client in these markets,” he added.

“I want Opera to focus on growth and delivering good results; there are big opportunities for Opera,” Tetzchner, who holds 10.9 percent of Opera told Reuters. “We have been promised 500 million users by 2013 and I think that’s a good goal and the firm should keep going for it.”

“I personally think that an ARPU (average revenue per user) goal of $1 is even modest,” he said. “I am not pushing for a takeover.”

Tetzchner said he was not aware of a bid and had not decided how he would react to one but added it would be “undemocratic” for him to try to block it if others supported it.

Another obstacle could be Google, which has extensive relationships with Opera.

Google is Opera’s default search partner for Opera Mini and Opera Mobile worldwide outside Russia/CIS, making the firm a key relationship for Google.