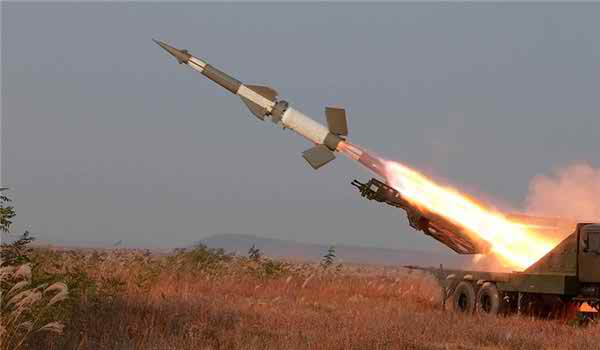 “These launches are a violation of multiple UN Security Council resolutions,” the official added. South Korea said earlier that North Korea had fired what appeared to be one medium range missile into the Sea of Japan on Friday. The US State Department, while not confirming the launch, said it was closely monitoring the situation on the Korean Peninsula.

“We call again on North Korea to refrain from actions that further raise tensions in the region and focus instead on taking concrete steps toward fulfilling its international commitments and obligations,” spokesman John Kirby said.

“The United States remains steadfast in its commitments to the defense of its allies, including the Republic of Korea and Japan. We will continue to coordinate closely with our allies and partners in the region,” Kirby added.

Military tensions have been soaring on the divided Korean peninsula since the North carried out its fourth nuclear test on January 6. This was followed a month later by a long-range rocket launch that was widely seen as a disguised ballistic missile test. The UN Security Council responded this month by imposing its toughest sanctions on North Korea to date.

US President Barack Obama signed an order on Wednesday implementing the UN sanctions, as well as a series of unilateral US sanctions adopted by Congress.

Google goes up against Amazon, Apple with Nexus tablet