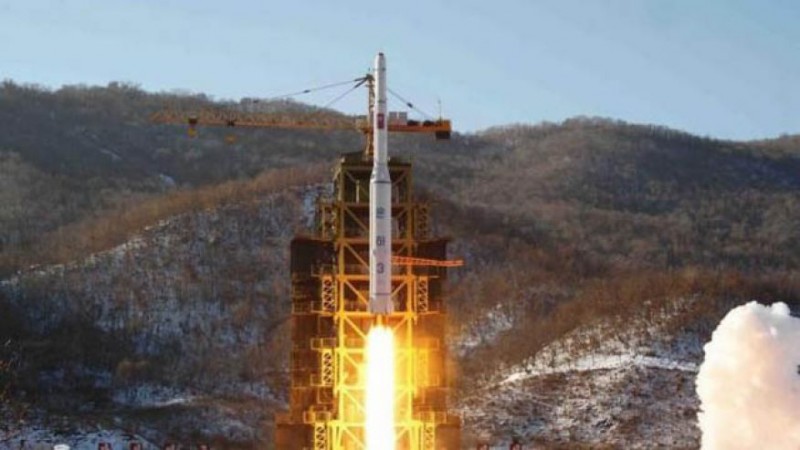 e-News® | The NEWS Company…SEOUL, July 22, 2015 :  North Korea is preparing to launch a new, long-range rocket, possibly in October, having completed an upgrade at its main satellite launch base, South Korea’s Yonhap news agency reported Wednesday. Any such launch would almost certainly be viewed by the international community as a disguised ballistic missile test and result in the imposition of fresh sanctions.

Quoting an unnamed government source, Yonhap cited “credible intelligence” that North Korean leader Kim Jong-Un had ordered the launch of a satellite to mark the 70th anniversary of the founding of the North’s ruling Workers’Party on October 10. “We think (the North) will carry out a provocation around the 70th anniversary,” the source said.

The South Korean Defence Ministry declined to confirm or deny the Yonhap report. “As to the construction of North Korea’s long-range missile launching facilities, we’ve been watching the North’s moves very closely,” a ministry spokesman said. According to the Yonhap source, North Korea has completed work on an extended 67-metre (220-foot) gantry capable of handling a rocket twice the size of the 30-metre Unha-3 rocket launched in December, 2012.

The Unha-3 launch was widely condemned overseas as a ballistic missile test and triggered additional UN sanctions. North Korea, which insisted the launch was purely scientific in nature,responded three months later by conducting its a third nuclear test — the most powerful to date. North Korea is banned under UN Security Council resolutions from carrying out any launch using ballistic missile technology, although repeated small-range missile tests have gone unpunished. The upgrading of facilities at the Sohae launch centre have been closely monitored by satellite imagery analysts at the US-Korea Institute at Johns Hopkins University.

In a recent report, the institute estimated that an October 10 launch would be “difficult although not impossible”. North Korea, meanwhile, has made its intentions very clear. Visiting a newly-built satellite command centre in May, Kim Jong-Un had vowed to push ahead with further satellite launches despite the sanctions threat. “Space development can never be abandoned, no matter who may oppose it,” Kim said.