Market takes a bite out of Apple 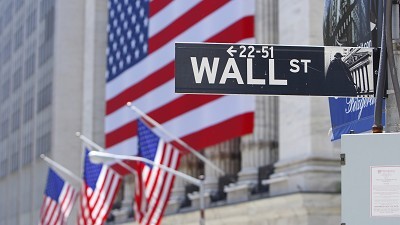 For most of the year, Apple has propelled the Nasdaq composite index forward. The stock climbed from 405 US dollars at the start of the year to more than 630 US dollars last week, and the Nasdaq easily beat the gains of other indexes.

Now Apple is sliding the other way and taking the Nasdaq with it. Apple stock dropped more than 25 US dollars on Monday, its fifth straight day of declines. The losing streak has wiped out about 60 billion US dollars of Apple’s market value. That is more than the most optimistic projections of the value of Facebook.

“It’s been a very quirky market because it’s been a few companies that have delivered most of the rally this year,” said Mark Lamkin, chief executive of Lamkin Wealth Management in Louisville, Kentucky. “It’s not been a broad-based rally.”

Apple, still the most valuable company in the world, accounts for 12% of the Nasdaq, more than any other stock. It has been on an almost uninterrupted climb for three years, powered by its hot iPhones and iPads. But last week, a veteran technology analyst boldly issued a downgrade for Apple.

Investors may also be locking in profits and getting out before Apple reports earnings on April 24. Even after the five-day decline, Apple stock is up 43% for the year.

“It’s had a huge run,” said Burt White, chief investment officer of LPL Financial in Boston. “Some investors probably said, ‘Might as well take some profits’.”

Apple dragged down other technology stocks, which fell more than any other industry group in the S&P. Google, which went to trial against Oracle in a copyright case over the Android phone, dropped for the second day in a row. Utility stocks and banks rose, while energy companies and so-called consumer discretionary stocks fell.

How to reunite Korea without going broke or creating chaos