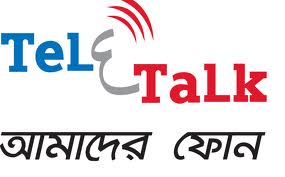 State-run mobile phone operator Teletalk is all set to launch the much-awaited third generation (3G) mobile technology on October 14, sources said. The 3G mobile service, technically known as High Speed Packet Access (HSPA), is a fully wireless broadband facility, which can be availed of through 3G-enabled mobile handsets – smartphones – and modems. Teletalk officials, however, said many of the 328 3G-enabled base transceiver systems (BTSs) in the capital have not received power connections yet, even though Prime Minister Sheikh Hasina will inaugurate the service on October 14. BTS is a part of the base station system (BSS). When a call takes place, the mobile phone sends a signal to the BSS or receives a signal from the BSS and then routes the call to the mobile service switching centre (MSC). A typical mobile tower has several BSSs. The official said since the power connections have not been established in those BTSs, the test transmission before the official launch of the 3G service could not be conducted properly.

Teletalk managing director Md Mujibur Rahman told The Independent that they have already contacted the ministry of post and telecommunications (MoPT) regarding this matter. “The post and telecommunications minister, advocate Sahara Khatun, gave us her assurance and said she would look into the matter,” he said. An MoPT official said the ministry has already sent letters to the power ministry, adding that the power ministry official has replied that the power connections in those BTSs would be established by October 10. About the 3G services, the Teletalk MD said at first only Dhaka-based subscribers would be able to avail of 3G mobile services. 3G-enabled BTSs were scheduled to have been set up in Gazipur, Narayanganj, Ashulia and Savar by September, he said. By December, 3G services would be expanded to Chittagong and by January next year, Sylhet will get 3G services. He added that after Sylhet, all divisional cities will gradually get 3G services. The MD of Teletalk explained that initially the services will be confined to the divisional cities, but later they would be expanded to the rest of the country. The divisional cities are initial targets of the launch of 3G services, since most of the owners of the 10 lakh-odd 3G-enabled cell phones, currently being used in the country, are located there, Rahman explained. There are currently around nine crore mobile telephony subscribers in the country, according to the Bangladesh Telecommunications Regulatory Commission (BTRC). Regarding the price of 3G subscriber identity modules (SIMs), Rahman said initially Teletalk will charge Tk. 1,500 for a 3G-enabled SIM. “The existing Teletalk subscribers will be given preference,” he said. Teletalk has already sought applications from its existing subscribers who wish to switch to 3G services. “For the last three months, we have undertaken some active marketing and asked the existing Teletalk subscribers to get registered with ‘Gravity Club’, a promotional name for the first batch of subscribers,” he said. “Initially, three lakh subscribers will be given 3G SIM cards through lottery. By December, another 4 lakh SIMs will be distributed,” he said. Rahman said Teletalk has already signed a deal with Samsung to launch a package deal comprising a 3G-enabled handset and SIM. “The deal will be available at Samsung outlets across the capital,” he said. Regarding the prospects of 3G services, he explained that since 3G-enabled handsets are costly, initially its market will be confined to a fraction of the subscriber base. “Gradually, however, the market will expand and the cost of providing 3G services will fall,” he said. Again, in the near future, mobile operators will share common infrastructure, obviating the need for 3G-dedicated installations across the country, he added.

Bid to encourage use of health apps