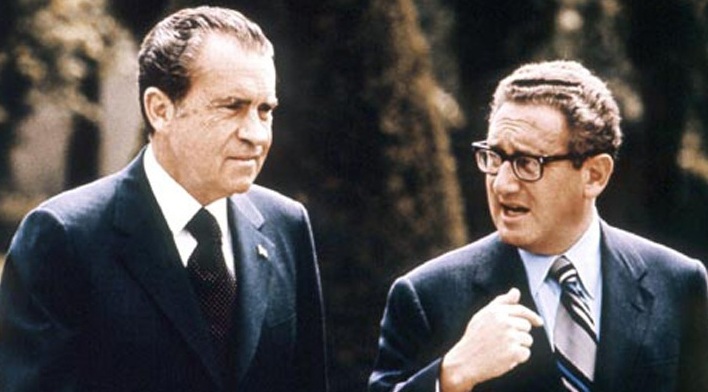 e-News® | The NEWS Company…DHAKA, August 15, 2015 : In his book “The Trial of Henry Kissinger” noted journalist Christopher Hitchins, former editor of Harper’s magazine, wrote “Kissinger had received some very bad and even mocking press for his handling of the Bangladesh crisis, and it had somewhat spoiled his supposedly finest hour in China. He came to resent the Bangladeshis and their leader, and even compared (this according to his then aide Roger Morris) Mujib to Allende.”

“As soon as Kissinger became Secretary of State in 1973, he downgraded those (the US diplomats stationed in the US Consulate in Dhaka) who had signed the genocide protest in 1971,” the book says. About Kissinger’s trip to Bangladesh, Hitchins says, “In November 1974, on a brief face-saving tour of the region, Kissinger made an eight-hour stop in Bangladesh and gave a three-minute press conference in which he refused to say why he had sent the USS Enterprise into the Bay of Bengal three years before.”

“Within a few weeks of his departure, we now know, a faction at the US embassy in Dacca began covertly meeting with a group of Bangladeshi officers who were planning a coup against Mujib. On 14 (15) August 1975, Mujib and forty members of his family were murdered in a military takeover. His closest former political associates were bayoneted to death in their prison cells a few months after that,” the book says.

Google Offers New YouTube Interface For You To Try