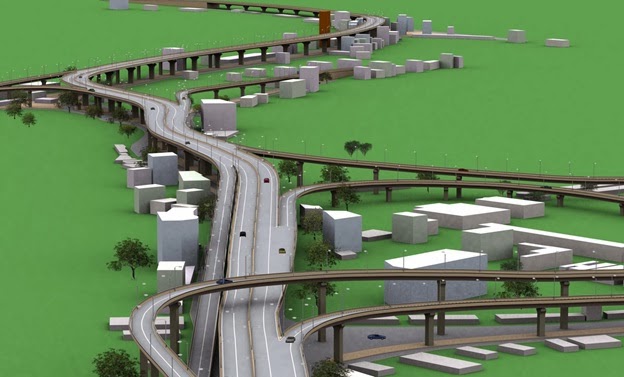 e-NewsDesk-DHAKA, Dec 15, 2014 : Housing and Public Works Minister Engineer Mosharraf Hossain said the government has undertaken a project to construct Shantinagar-Jhilmil flyover at a cost of Taka 1,000 crore for direct and uninterrupted link with the city. “The 13 kilometre long Shantinagar-Jhilmil flyover project would be implemented under the public private partnership (PPP),” he said while visiting Jhilmil Housing Project of RAJUK at Keraniganj yesterday.

The minister said the appointment of project director and other necessary works are underway aimed at completing construction of the flyover by 2019. Mosharraf said the Rajdhani Unnayan Katripakha (RAJUK) is examining the allotment process of plots at Jhilmil , adding, “If anyone is found having allotment of more than one plot the government would cancel it.”

He said the government will not go for land project anymore and RAJUK will build apartment for the middle income people and the state-owned housing authority will take a new project on the basis of land availability in and around the capital city. During the inspection, state minister for power, energy and mineral resources Nasrul Hamid, secretary of housing and public works ministry Moin Uddin Abdullah, Keraniganj upazila chairman Mohammad Shaheen and RAJUK chairman Joinal Abedin Bhuiyan were present.