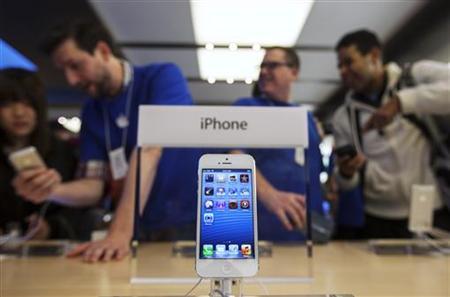 “… The change in our guidance reflects a two-quarter shift in the timing of their bulk purchases,” Fusion-io Chief Financial Officer Dennis Wolf said in a statement.

Facebook accounted for 30 percent of Fusion-io’s total sales of $359.3 million in its previous financial year, while Apple contributed 25 percent.

The company, whose competitors include OCZ Technology Group Inc and Stec Inc, now expects revenue of about $420 million to $440 million in the year ending June 2013, down from its earlier estimate of about $521 million to $539 million.

Analysts on average were expecting revenue of $530.1 million in the period, according Thomson Reuters I/B/E/S.

“The reduction in guidance is largely attributable to a reduction of expected shipments to Apple and Facebook,” Technology Insights Research analyst Nehal Chokshi said.

Excluding items, it earned 13 cents per share, while revenue rose about 43 percent to $120.6 million.

Analysts on average had expected adjusted earnings of 8 cents per share on revenue of $120.3 million.

The company’s shares, which have fallen about 19 percent in the last three months, were trading at $16.19 after the bell. They closed at $20.09 on the New York Stock Exchange.