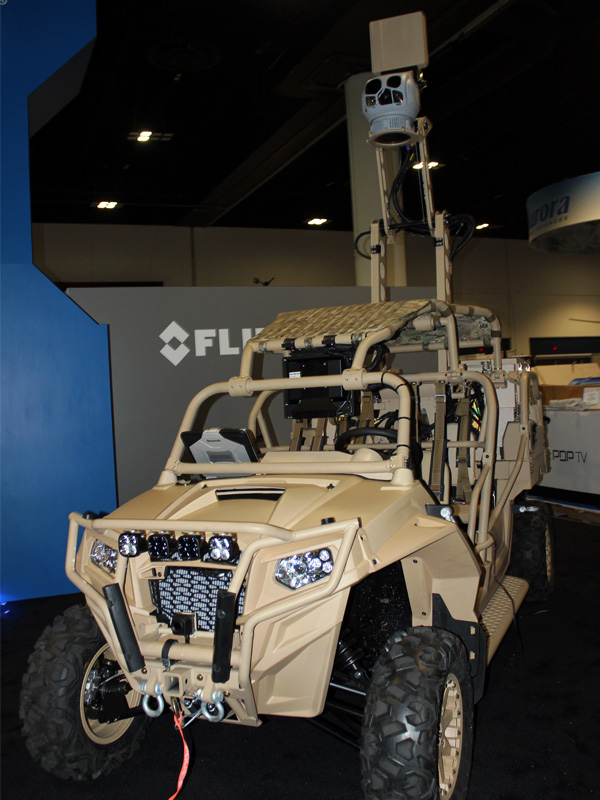 The Ranger R6SS ground-surveillance radar detects and tracks personnel and vehicles within a 15 kilometer range, with a low false alarm rate, and is designed to perform in the most demanding environments, including X-band operation for superior rain penetration. Featuring advanced Digital Beam-Forming (DBF) and a high-speed refresh rate, the FLIR Ranger R6SS offers superior target detection, acquisition, and classification as well as clutter rejection. With built-in North-finding and GPS capabilities, it can be mounted on a vehicle or dismounted and carried for artillery and mortar fire correction.

Depending on mission objectives, operators can network multiple vehicles, sensors, and even Unmanned Aerial System (UAS) assets with a central command center to give unprecedented situational awareness and responsiveness. The LTV-X also offers a wireless system that provides target bearing and geo-referenced coordinates to other personnel, vehicles, and command and control systems for precise target location. Other features include a laser rangefinder, laser pointer, illuminator, and battery-operated quiet mode.

“The Ranger R6SS and LTV-X are FLIR’s latest innovations in support of mission-critical ground surveillance, force protection, and border security that leverage our unique Commercially Developed, Military Qualified model,” said Kevin Tucker, Vice President and General Manager of FLIR Surveillance. “Both products are designed to maximize detection, responsiveness, and reliability in situations that demand the highest performance. We look forward to deploying these new products to the men and women who help keep borders around the world safe.”

Hackers can knock drones out of the sky