Fight against forgery gets boost from invisible nano barcode 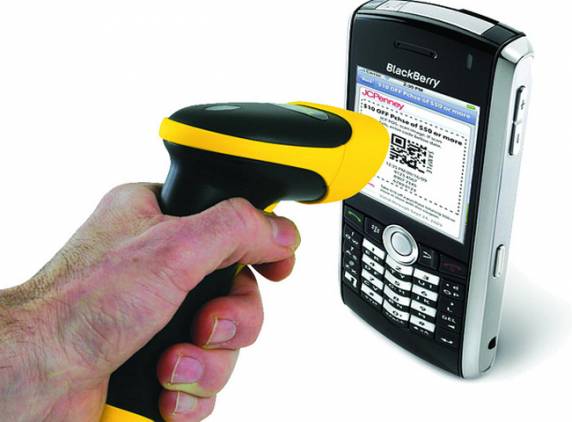 Scientists in the United States have made an invisible version of square modern barcodes using nanoparticles and fluorescent ink to help in the fight against counterfeiting.

Blocks of black and white Quick Response (QR) codes are increasingly common in marketing and can hold a hundred times more information than traditional barcodes. Smartphones can scan them in printed adverts to navigate to company websites.

Researchers have found out how to print them with inks that are only visible under laser light, giving them potential in the fight against fake banknotes and counterfeiting, which the OECD estimates costs the world economy more than $250 billion a year.

The invisible QR code, made by scientists at the University of South Dakota and South Dakota School of Mines and Technology, is made of tiny nanoparticles mixed into fluorescent ink, which can only be seen when illuminated with a near-infrared laser.

The process is known as ‘upconversion’ where the nanoparticles absorb photons at a certain wavelength and then emit them at a shorter wavelength visible in normal light.

“We can also change our parameters to make it even more difficult to counterfeit, such as controlling the intensity of the upconverting light or using inks with a higher percentage of nanoparticles,” said Jeevan Meruga, who led the research.

Once lit up with the laser, the code can be scanned with a mobile phone, but the technique allows deeper levels of security with the ability to conceal information that can only be read with a microscope.

The invisible codes can still be read after paper has been folded many times and can also be printed other materials, including glass and flexible plastic film, so they could be used for a variety of products vulnerable to faking.

The research was published in the academic journal Nanotechnology.