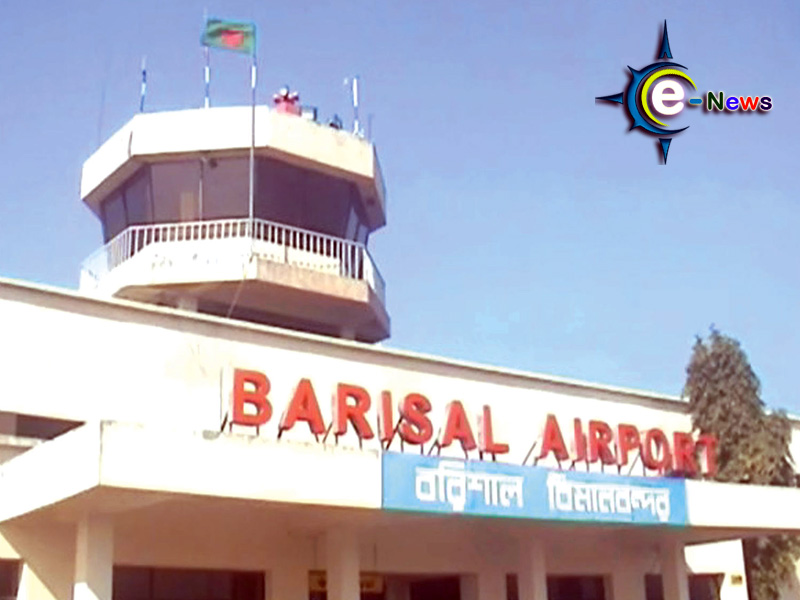 e-News® | The NEWS Company…DHAKA, Oct 30, 2015 : The Civil Aviation Authority, Bangladesh (CAA,B) has sought nearly Taka seven billion to the government to expand runway and apron area of the country’s smallest domestic airport in Barisal. “We have submitted a proposal to the planning ministry for approval to upgrade the Barisal airport calculating the cost worth Taka 6.89 billion,” a CAA,B spokesperson told BSS today.

The CAA,B official said they would like to expand the existing runway and apron area to accommodate more aircraft at a time at the airport for ensuring smooth flight operation. Under the proposal, the CAA,B will expand the airport’s runway to 8,500 feet from the existing 6,000 feet and the width will be increased to 150 feet from 100 feet.

The up gradation will increase the airport parking capacity to five from the existing three at a time, as the apron area will be enlarged to 450X400 square feet from the current 250X200 square feet. The official said if the Planning Commission approves the project proposal shortly, the upgradation work is expected to be complete by June 2018. It will be the first ever upgradation work after 16 years of establishment of the airport in 1999.

The government has also adopted a plan to upgrade Syedpur airport to use it as a regional airport having links with other airports in the neighboring countries. The government has also started work to construct a new airport named Khan Jahan Ali Airport at Bagerhat to connect the second largest seaport Mongla and tourist spot the Sundarbans.

The CAA,B has recently taken steps to make Ishwardi airport ready for use. It would take necessary measures if any airlines applies for operating flights using this airport, official source said. Currently, Bangladesh has three international airports-Dhaka, Chittagong and Sylhet, and five domestic airports in Cox’s Bazar, Rajshahi Jessore, Syedpur and Barisal.