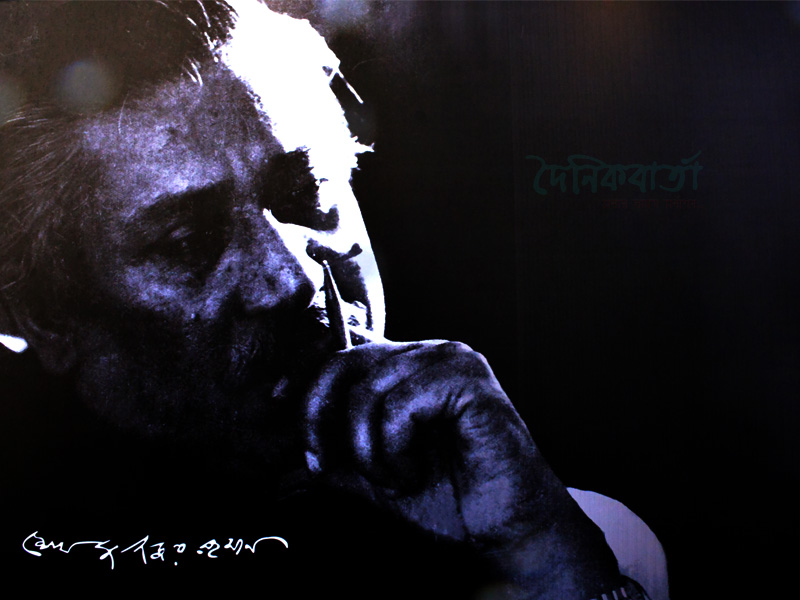 e-News® | The NEWS Company…DHAKA, August 14, 2015 : The international community is found to have sharply denounced the August 15, 1975 carnage as the nation reviews the aftermath of the August 15, 1975 putsch coinciding with his 40th martyrdom day. Global leaders like Willy Brandt were severely moved by the murder of Bangladesh founder along with most of his family members by some people who were none but his own countrymen.

“After the killing of Mujib, Bangalees can no longer be trusted. The Bangalees who can kill Mujib, can perpetrate any heinous deed,” said Nobel Laureate the then West German leader Willy Brandt in an emotional comment, even going beyond the diplomatic practices. Indian-born British citizen and noted litterateur Nirad Chandra Chaudhuri described Begalees as ‘Insidious Bangalee’ saying “the Bangalees exposed to the people of the world their suicidal character by killing the dreamer of Bangalee nation and father of the state named Bangladesh”.

“That did not end here an Indemnity Ordinance was promulgated to indemnify the killers. Further, those killers were rewarded with prize posting in different Bangladesh missions abroad. Not only Ziaur Rahman, his wife Khaleda Zia as well, rewarded the killers in various ways,” he wrote in the article. On August 16 in 1975, The Times of London mentioned that despite all things, Bangabandhu would always be remembered with due respect as Bangladesh has no real existence without Sheikh Mujib. The Daily Telegraph, published on the same day, said millions of people of Bangladesh would consider the atrocious killing of the Bangladesh leader as an irreparable loss to the country and its people.

Later on August 28, another esteemed newspaper ‘The Guardian’ published an article saying that people of Bangladesh apparently returned to the Martial Law rule and the religious campaign favouring the regime of military dictatorship Ayub Khan. On 16 August 1975 in news review programme of All India Radio ran a commentary saying “Jesus died. Now millions of people remember him by wearing cross. Perhaps, once Mujib as well will be like that.”

On the same day The Daily Telegraph published from London said, “Millions of people of Bangladesh shall consider the gruesome death of Sheikh Mujib to be irreparable loss”. Sheikh Mujib is an object of regards and love of people even today. That prediction of international media came true. Therefore, in the language of the poet I would like to say, The world famous Time Magazine also published an article on April 5 in 1982 where it said the democratic era in Bangladesh ended with the August 15 and the assassination of Sheikh Mujib.

“As long as stay the Padma-Jamuna/Gouri-Meghna flowing on thy accomplishment will live on/Sheikh Mujibur Rahaman,” wrote famous writer and poet Annodasankar Roy.

Tags: ""As long as stay the Padma-Jamuna/Gouri-Meghna flowing on thy accomplishment will live on/Sheikh Mujibur Rahaman@ibangla#bangabandhu#themanbehindthenation#thenewscompanyBangabandhu murder sparked international denunciation

Sisi sworns in and hails 'historic moment' in Egypt