BAF F-7 aircraft crashes in Bay of Bengal, The pilot of the fighter aircraft goes missing… 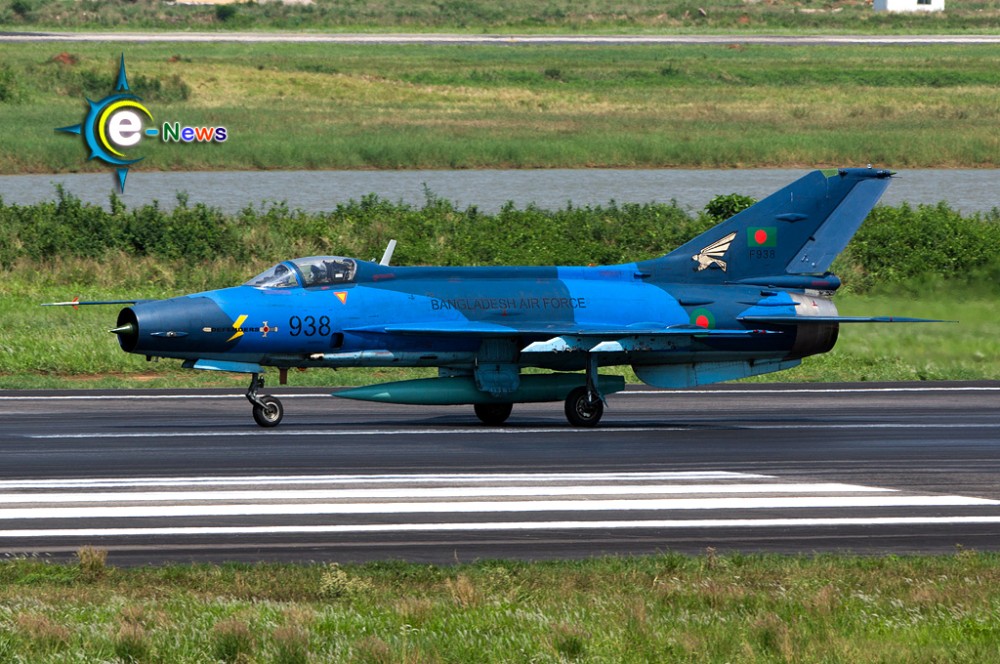 e-News® | The NEWS Company…DHAKA, June 29, 2015 :  A fighter aircraft of Bangladesh Air Force (BAF) has crashed in Bay of Bengal in Patenga of Chittagong. Wing Commander Nur-E-Alam, manager of Shah Amanat International Airport in Chittagong, confirmed this to #thenewscompany.

Flight Lieutenant Tahmid, the pilot of BAF fighter aircraft F7, went missing after the crash, said the official. The Air Force officials said the F-7 aircraft, which took off around 10:27am from the Johurul Haque air base, lost contact with the control room around 11:10am which later crashed in the Bay of Bengal in Patenga around 11:30am.

Members of BAF, Bangladesh Navy and Coast Guards are conducting a joint rescue and search operation in the bay for the missing pilot. A moment ago it is reported that the aircraft has been traced, Wing Commander Nur-E-Alam, manager of Shah Amanat International Airport in Chittagong, confirmed the matter to media.

Further details of the incident were awaited.