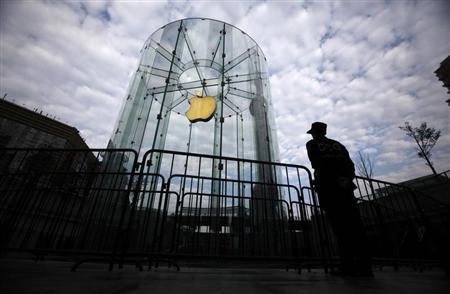 A U.S. judge on Thursday asked Apple Inc and Samsung Electronics Co Ltd whether an Apple patent lawsuit over search technology should be put on hold for several months until after an appeals court resolves a separate lawsuit between the two companies.

Apple won a $1.05 billion verdict last year against Samsung in a California trial court, but U.S. District Judge Lucy Koh rejected Apple’s request for a permanent sales ban against several Samsung phones. Apple has appealed and a ruling is not expected until September at the earliest.

Apple also accused Samsung in a second lawsuit of violating a separate batch of patents, including the rights to search technology that is part of the iPhone Siri voice feature. That case is scheduled for trial in March 2014.

At a hearing on Thursday in a San Jose, California, federal court, Koh told attorneys for both companies that a potential resolution of the Apple versus Samsung legal war would cover both lawsuits. Koh asked if the second case should be suspended until after the appeals court ruled on the first.

“I just don’t know if we really need two cases on this,” Koh said.

Apple attorney William Lee said the cases should proceed in parallel as they involve different patents. However, Samsung attorney Victoria Maroulis said there was substantial “overlap” between the two proceedings.

Koh ordered attorneys for both sides to discuss the idea and report back on their positions by March 7.

“I assume there have been no further settlement discussions,” Koh asked, “or at least none that have gone anywhere?”

“The answer to the last question is, that’s correct,” Lee said.