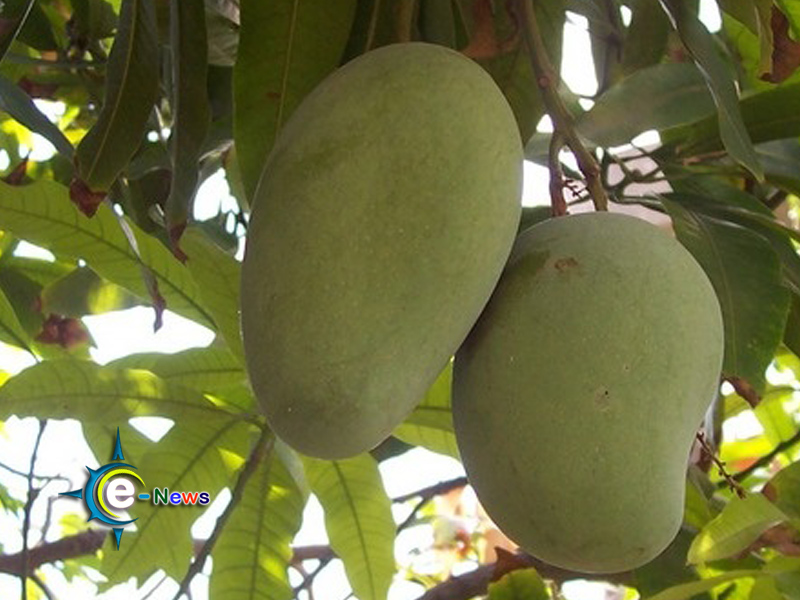 e-News® | The PRESS…NARSINGDI, June 8, 2015 : Farming of high yielding variety mango Amrapali has been gaining popularity in Narsingdi district due to higher economic prospect of the fruit. According to officials of the Department of Agriculture Extension (DAE) here, Amrapali variety of mango plants first brought from Chapinawabganj district in 1998 and it organized some exhibitions in different upazilas of the district for attracting the people in farming Amrapali mangoes.

Amrapali mango became popular in the district since 2000. Many people have been farming Amrapali in their garden and also in front of their houses. Some people are also growing the same at their house roof tops in the tubs. DAE Officials said during the last 15 saplings plantation season, over 30,000 saplings of Amrapali were planted in the six upazilas of the district. The growers have collected the sapling directly from the agriculture department and from private nurseries.

Deputy Director of DAE, Lota Pad Hossain told #thenewscompany that sapling of this kind of mango need a little space to grow up. Two Amrapali saplings need maximum  10 to 12 feet space for growing fast. The tree blooms within two years and start bearing fruits within three years. He said this variety of mango is more delicious and tasty with excellent flavor than some other varieties of mango of Bangladesh.

He added that Amrapali generally is grown on high fallow land where scope of other crop farming is limited. Some 200 saplings can be planted on per bigha of land which produces an average of 150 to 200 mounds of mango per year. Monir Hossain of village Joynagor under Shibpur upazila in Narsingdi district has gained tremendous success in farming the Amrapali mango. He planted 250 saplings of Amrapali variety mango on his 40 decimal of land ten years ago. This year an excellent production of Amrapali mango may be achieved in his garden. He hoped that he will get 150 to 200 mounds of mango from his orchard this year.

Amrapali growers mainly in Shibpur, Belabo and Monohardi upazilas expressed their satisfaction over the production this year. Harvesting of this variety mango begin from the first week of Bangli month Ashar. According to local fruit markets, this variety mango has extreme demand because of its excellent sweetness, taste and flavors. Each kilo gram mango will be sold in local market at Tk 80 to 90 which contains only four to five mangoes