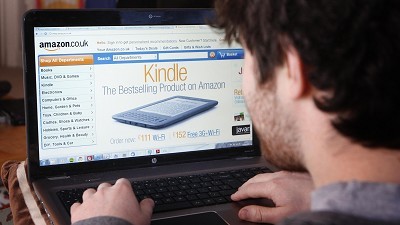 Financial terms of the deal were not disclosed. Amazon, which got its start in bookselling, said it shares “a passion for reinventing reading” with Goodreads.

“Goodreads has helped change how we discover and discuss books and, with Kindle, Amazon has helped expand reading around the world,” said Russ Grandinetti, vice president of Kindle content for Amazon.

“In addition, both Amazon and Goodreads have helped thousands of authors reach a wider audience and make a better living at their craft. Together we intend to build many new ways to delight readers and authors alike.”

In addition to recommending books to read based on other books people have liked, Goodreads also serves as a social network for bookworms. It has 16 million members and was founded in 2007.

The deal is expected to close in the second quarter. Seattle-based Amazon said Goodreads’ headquarters will remain in San Francisco.

“Goodreads is a place for all readers no matter what books they read or how they read them, and we expect to keep it that way,” said Amazon spokeswoman Kinley Pearsall in a statement, citing Zappos and the movie information website IMDb as examples.

Amazon owns both, but has kept them as stand-alone businesses.