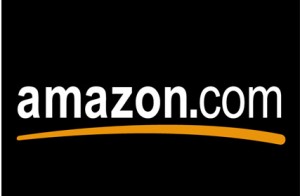 Amazon.com Inc, which revolutionized reading with its Kindle e-reader, is expected to unveil a tablet computer next week that analysts say will seriously challenge Apple’s market dominating iPad.

Amazon on Friday invited media to a press conference to be held in New York next Wednesday, declining to provide further details.

But analysts were confident that the world’s largest Internet retailer will introduce its long-awaited tablet computer this year to expand in mobile commerce and sell more digital goods and services.

The tablet has been awaited as a strong competitor to Apple Inc’s iPad. Apple has sold about 29 million of the devices since its launch in April 2010.

“Knowing Amazon, it is likely to be a very aggressive price,” Gillis said.

In much the same way Amazon’s Kindle e-reader was priced low to quickly get traction among readers the company is likely to keep the price of its tablet low to attract users and sell other content and services, one analyst said.

“It’s a marketing tool to build a relationship with customers and sell them cloud (computing) services,” said James McQuivey, an analyst with Forrester Research.

While Amazon has remained tight lipped even about the device’s existence, the TechCrunch blog earlier this month said the Amazon tablet also will be called Kindle.

It will be a 7 inch device with a full color, touch screen, run on Google’s Android software and cost $250, the blog said, well below the price of the least expensive iPad.

Robert Baird & Co analyst Colin Sebastian said in a note last month than an Amazon tablet would be a “game-changer.” Sebastian forecast the device could sell 3 million units in its first year.

The tablet could pose a major threat to Apple because of the Kindle’s popularity and the movie and music services Amazon sells.

Several technology companies like Research In Motion and Samsung have introduced tablets that sold poorly. Hewlett Packard Co announced recently it would abandon its tablet.