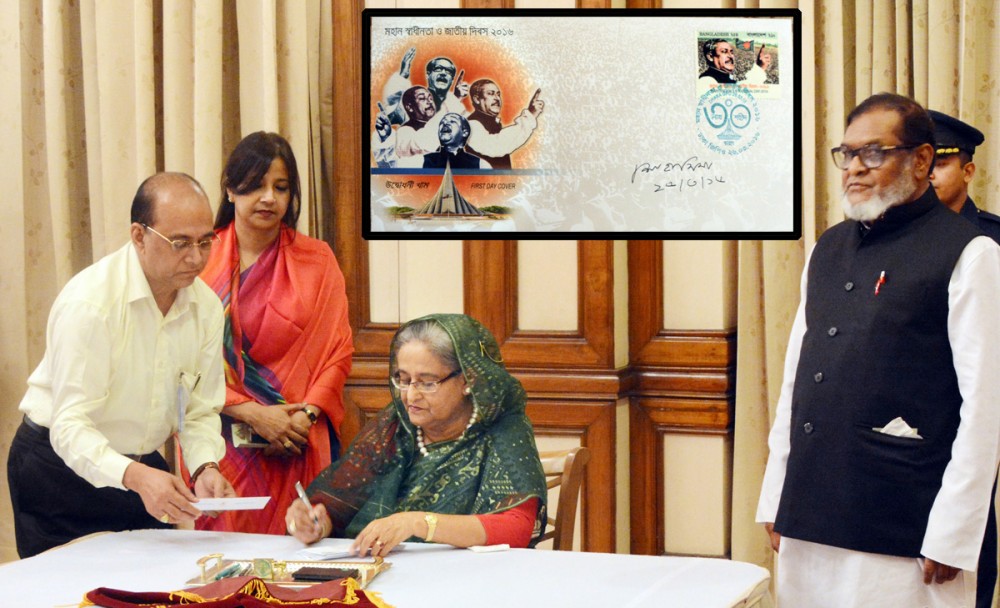 The Premier released the stamp and the first-day cover of Taka 10 and the data card of Taka 5 at her official Ganobhaban residence here this afternoon. A “special cancelor” was used on the occasion. Liberation War Affairs Minister AKM Mozammel Haque, State Minister for Post and Telecommunication Tarana Halim, Additional Secretary of Ministry of Post and Telecommunication Muhammad Mahfuzur Rahman and Director General of Bangladesh Post Office Prabash Chandra Saha were present on the occasion, among others.

The stamp, first-day cover and data card would be sold from Philatelic Bureau of Dhaka GPO today and those would be available at other GPOs and head post offices across the country later. There is also an arrangement for “special cancelor” in four GPOs to be used for the first-day cover.