Texting most popular 20 years on 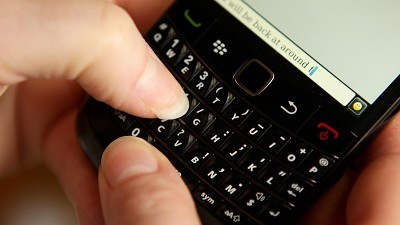 Texting is now the most popular way to stay in contact, an Ofcom report has found. Its study found that 90% of 16 to 24-year-olds text daily to communicate with friends and family, compared with only 63% who talk face to face.

The Communications Market Report 2012 said that talking on the phone was also less popular than texting among this younger age group, with only 67% saying they make daily phone calls.

The findings come as the text message celebrates its 20th birthday today.

The first ever text was sent on December 3 1992, when Neil Papworth, a 22-year-old British engineer, used his computer to send the message “Merry Christmas” to an Orbitel 901 mobile phone.

According to research by Ofcom, the media regulator, the average UK consumer now sends around 50 text messages every week.

In 2011, more than 150 billion text messages were sent in the UK, which was almost triple the amount sent five years previously in 2006 – when 51 billion texts were sent, according to an Ofcom report.

It also found that texting was now most prolific among 12 to 15-year-olds, who send an average of 193 texts every week, almost four times the UK average. This has more than doubled from 12 months ago, when just 91 were sent each week by the same age group.