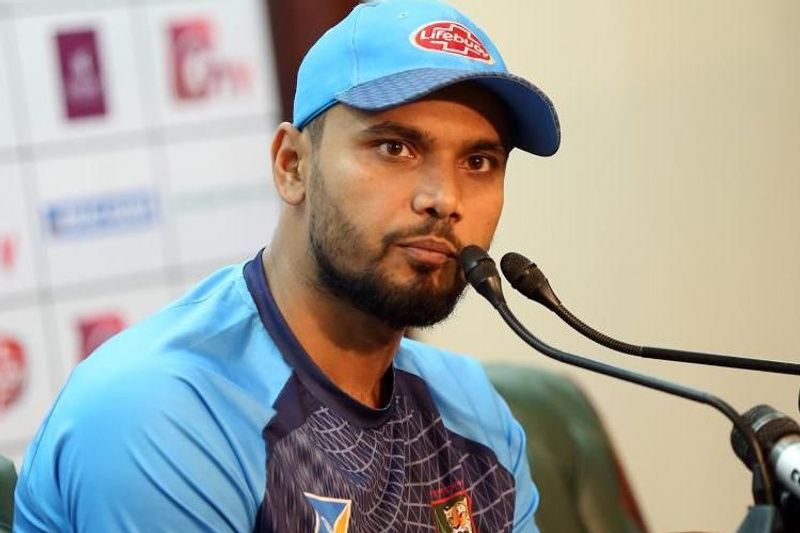 #thenewscompany : Bangladesh captain Mashrafe Mortaza reluctant to take Zimbabwe lightly in the ODI series as he already warned his boys against complacency ahead of the start of ODI series against visiting Zimbabwe tomorrow (Sunday).

Zimbabwe go into Sunday’s game in Dhaka following their dismal performance in international cricket after losing every match during a recent tour of South Africa.

They have not won a one day international in Bangladesh since 2010. The Bangladesh captain said if they win everyone would say this is what should have happened.

But if they lose they would take it otherwise. It can create pressure at the back of the mind. It’s not as though we have never lost to Zimbabwe, Mashafe said.

Mortaza said the three match series — with two more 50 over games in Chittagong on Wednesday and Friday — would be doubly important as the Tigers have only four more series to prepare for next year’s World Cup in England.

The speedster said Zimbabwe have almost got backall their senior players and outside Zimbabwe they have the tremendous record in Bangladesh. So the Tigers have to give their best effort against Zimbabwe.

On the other hand, an eight-wicket loss in Friday’s warm-up against a Bangladesh Cricket Board XI did not hamper Zimbabwe’s performance in the series morale rather Zimbabwe skipper Hamilton Masakadza said insisted his side was not disappointed of the lose.

Masakadza however said that they didn’t have a great time in South Africa or in the practice match, but the main thing is to focus on the first match as well as to and to focus on the entire tour as what have come to achieve.

He said they can only go up from where they are and his boys are really upbeat to looking forward to this.

An exceptionally successful and record breaking week for ATC Global 2012!