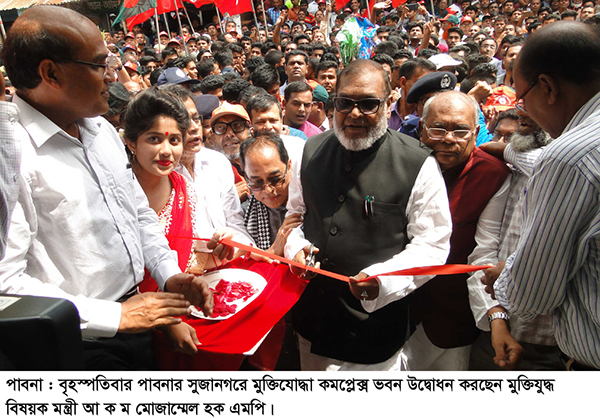 #thenewscompany :  Liberation War Affairs Minister AKM Mozammel Haque today said freedom fighters would be given health services at a free of cost within next month.

“The Liberation War Ministry will allocate money for upazila, district and specialized hospitals in Dhaka city to provide health services to the freedom fighters,” he told a rally at the Sujanagar upazila in the district, an official release said.

Mozammel said, “At present, freedom fighters are getting bonuses during both Eid-ul-Fitr and Eid-ul-Azha. The government is planning bonuses on the occasion of Victory Day, Independence Day and Pahela Baishakh.”