Vladimir Putin ducks out of G20 early amid Ukraine criticism 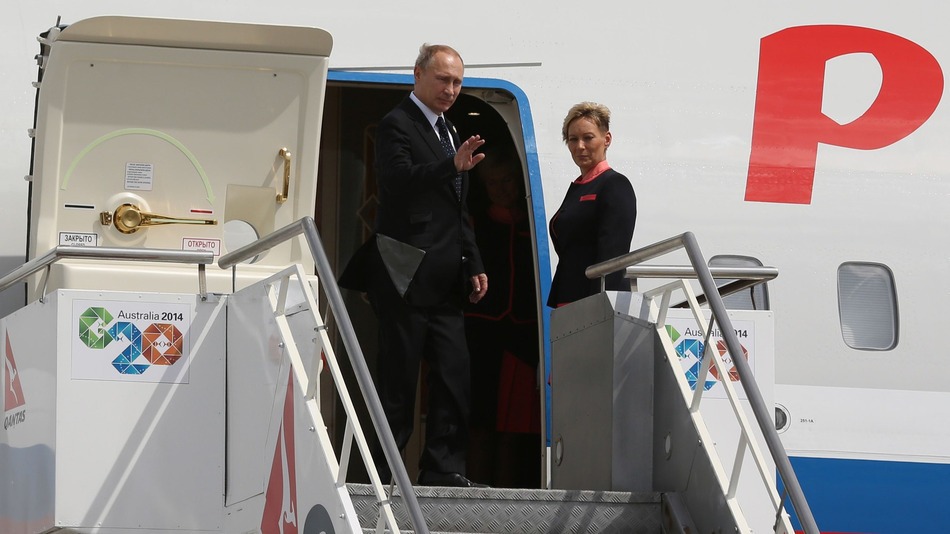 e-News® | The NEWS Company.. : Russian President Vladimir Putin left the G20 summit early after several international leaders criticized Russia’s role in the crisis in Ukraine. Putin departed before the final speeches that closed-out the forum, but after President Barack Obama met with European leaders to discuss the conflict in Ukraine, where officials say the security situation is worsening. During his final press conference Sunday afternoon, Australian Prime Minister Tony Abbott characterized his own discussions, and that of other leaders, with Putin regarding Ukraine as “robust.”

“I utterly deplore what seems to be happening in Eastern Ukraine,” Abbott said. “I demand that Russia fully cooperate with the criminal investigation” regarding MH17, the Malaysian Airlines flight gunned down earlier this year. “These are clearly on the record.”

However, Abbott said he was “happy to treat [Putin] with respect and courtesy while he was here in Australia.” Earlier, Abbott had boasted that he planned to “shirtfront” Putin, but that never happened. Earlier, Stephen Harper, the Canadian prime minister told Putin: “I guess I will shake your hand but I have only one thing to say to you: You need to get out of Ukraine,” Al Jazeera reported.

French President Francois Hollande, German Chancellor Angela Merkel and British Prime Minister David Cameron were among the European leaders that attended Obama’s meeting, along with leaders from Italy and Spain and EU representatives. The U.S. and European Union have levied multiple rounds of sanctions against Russia, but the penalties have failed to change Putin’s calculus. The West accuses Russia of arming and supplying rebel forces that have destabilized cities in eastern Ukraine.

Cameron threatened that Russia could face even more sanctions if it continues to destabilize Ukraine. Putin pointed to his long flight back home and his need for sleep as his reasons for ducking out early, according to the BBC. “Some of our views do not coincide, but the discussions were complete, constructive and very helpful,” Putin said.