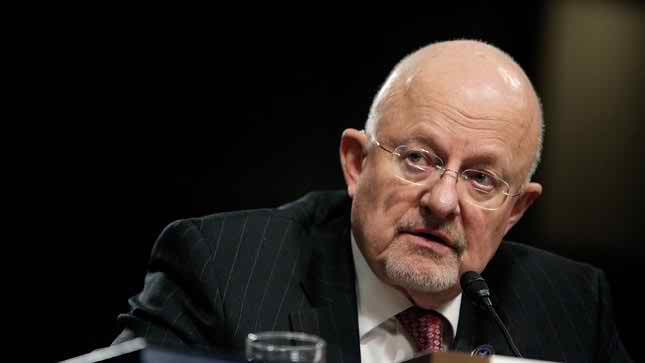 “We are aware of the matter and we reported it to the appropriate authorities,” spokesman Brian Hale told AFP.

A teen hacker who goes by “Cracka” claimed to have hacked Clapper’s home telephone and Internet accounts, his personal email, and his wife’s Yahoo email, online magazine Motherboard reported. Cracka told Motherboard that he had changed the settings on Clapper’s Verizon account so that calls to his home were rerouted to the California-based Free Palestine Movement. Cracka is part of the “Crackas with Attitude” group, which broke into Brennan’s personal email account last year.

Hackers from the group have said they are teenage high school students.