US alert to its citizens in Bangladesh 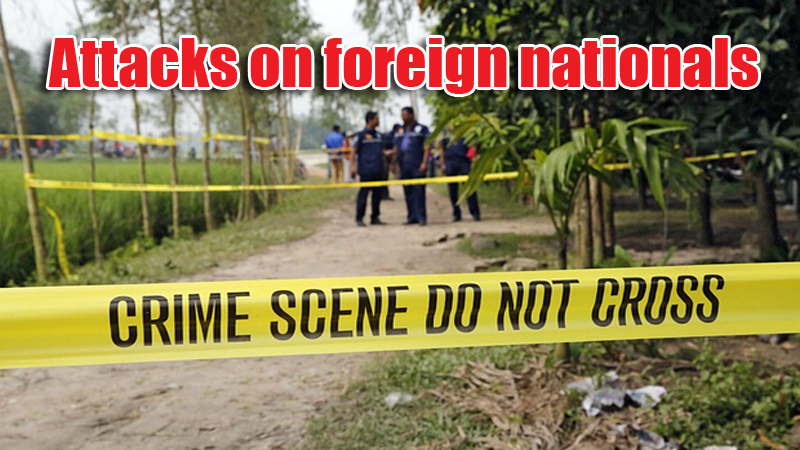 e-News® | The NEWS Company…DHAKA, Oct 18, 2015 :  The US embassy in Bangladesh has warned its citizens that “future” attacks against Westerners may occur, including against them. In an updated security message on Saturday it said security agencies in Bangladesh had taken “extraordinary measures” to increase security for foreigners in Bangladesh, but the terrorist threat remains “real and credible”.

The new alarm came on a day when garment owners’ association BGMEA said there had been an ‘over reaction’ to the killing of two foreigners in Bangladesh. It also said that the law and order had not deteriorated to a level that foreigners would have to restrict their movements. Islamic State reportedly claimed responsibility for the Sep 28 killing of an Italian national at the diplomatic enclave in Dhaka and the Oct 3 killing of a Japanese national in Rangpur.

Law-enforcing agencies are still clueless about the killers, though they have not found any link of the IS with those murders. The US embassy strongly encourages US citizens travelling to or residing in Bangladesh “to take precautions, remain vigilant about their personal security, and be alert to local security developments”.

“As advised in previous Security Messages for US Citizens, reliable information suggests that a terrorist attack could occur against Westerners in Bangladesh, including attacks against large gatherings of Westerners at international hotels,” read the new alert. The embassy employees continue to adhere to stringent security practices while travelling in Bangladesh. US government personnel and their families are not permitted to be in most public places and are also prohibited from travelling on foot, motorcycle, bicycle, rickshaw or other uncovered means on all public thoroughfares and sidewalks.

They are also restricted from attending large gatherings in Bangladesh, including events at international hotels, unless they have obtained permission from the embassy’s security office.

Tags: Terrorist threat remains real and credibleUS alert to its citizens in Bangladesh