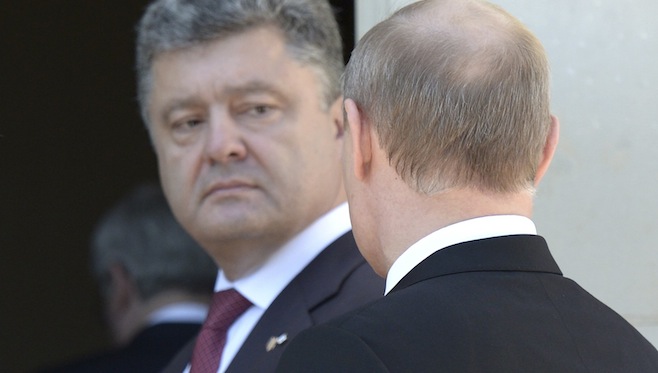 “I will have a meeting with the President of Russia Vladimir Putin in Milan,” where a Europe-Asia Meeting summit will be held October 16-17, Poroshenko said while on a visit to eastern city Kharkiv. The talks will also include German Chancellor Angela Merkel, Italian Premier Matteo Renzi, and British Prime Minister David Cameron along with the “leaders of the European Union,” Poroshenko said.

“You know, I don’t expect that these will be easy negotiations,” he added. “I’m used to it, I have large experience with complicated diplomatic talks. But I’m an optimist.”

Putin and Poroshenko last met in late August for talks that led to a truce accord between Kiev and the pro-Russian rebels in eastern regions of Lugansk and Donetsk, where Ukraine says Moscow is stirring a bloody rebellion. The conflict has already killed more than 3,300 people. The United Nations says that more than 300 have died since the ceasefire. Fighting has continued in several areas along the frontline where the two sides have failed to pull back heavy artillery, as required under the ceasefire.

Secret killings will not topple down govt.: Hanif