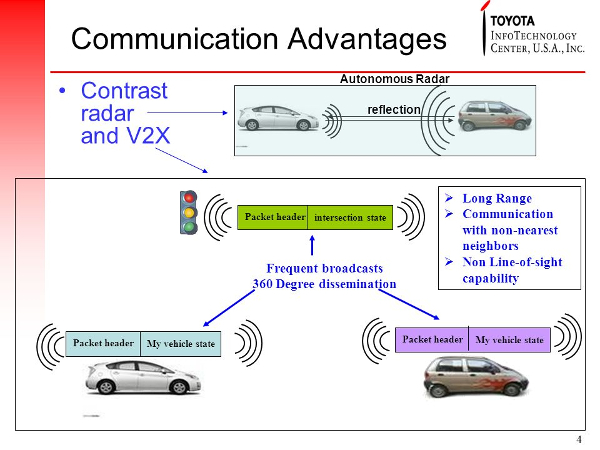 #thenewscompany : Toyota and its Lexus division have announced that they intend to start the deployment of dedicated short-range communications (DSRC) systems on their vehicles sold in the USA starting in 2021, with the goal of adoption across most of their model range by the mid-2020s.

Toyota says its plans to introduce DSRC represent a significant step forward in creating a safer and more efficient driving ecosystem, while advancing connected and automated technology deployment. DSRC technology, which has been comprehensively tested through government-industry collaborations and is already deployed in some areas of the USA, supports the broadcast of precise anonymized vehicle-to-vehicle (V2V) and vehicle-to-infrastructure (V2I) information several times per second, including location, speed and acceleration.

Collectively known as V2X, this information can be used by other DSRC-enabled vehicles and devices to help drivers prevent collisions. V2X communication can also be enabled to provide helpful real-time information to drivers, such as potential hazards, slow or stopped vehicles ahead, or signals, signs and road conditions that may be difficult to see.

DSRC communicates using seven channels of the 5.9GHz spectrum band allocated for intelligent transportation systems (ITS). Importantly for consumers, because the technology does not require a cellular or data network, vehicles equipped with DSRC do not incur any cellular network carrier charges.

DSRC is based on industry standards, so Toyota vehicles will be able to communicate with other auto makers’ equipped vehicles, multiplying the safety benefits for all. In Japan in 2015, Toyota and Lexus became the world’s first auto maker to sell and commercialize vehicles equipped with DSRC, and there are currently more than 100,000 of the company’s DSRC-equipped vehicles on the road in Japan.

“We believe that greater DSRC adoption by all auto makers will not only help drivers get to their destinations more safely and efficiently, but also help lay the foundation for future connected and automated driving systems.”

ITS America is welcoming the company’s move, with the organization’s president and CEO, Shailen Bhatt, commenting, “Toyota’s announcement is a major milestone that will save lives and improve mobility. ITS America leads the transportation sector in advocating for new wireless technology to improve safety and mobility. We originally petitioned the Federal Communications Commission (FCC) to create DSRC.

“In addition, we have worked with the US Department of Transportation (USDOT) to push for mature standards and technology in the marketplace that allow different makes and models of cars to communicate safety-critical data using dedicated spectrum. We applaud Toyota for its leadership in using technology to advance safety and save lives.”

Tags: Toyota and Lexus to introduce DSRC-based connected vehicles in the USA from 2021