The Role of Media in Creating Consumer Culture in Bangladesh 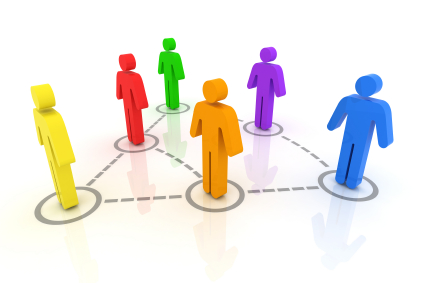 The neo-liberal and free market economic system and deregulated media situation have ensured introduction of numerous commercial media outlets in Bangladesh. These entire media world are dedicated to create and to enhance consumer culture in the country. They are engaged in selling audience to the advertisers. This article will critically analyse how the media sell the audience to the advertisers. The theoretical aspect the political economy of communication would be instructive here in the critical engagement and case studies would be the method to investigate the role of media in creating consumer culture in Bangladesh. The areas of investigation in the article would be some cases selected from the newspapers, private television channels and FM commercial radios.

Media Sells Audience
In course of time, the idea of audience had shifted from mass to market. As the media have become bigger business, the term ‘market’ has gained in currency (McQuail, 2005). Media usually sells the market or this set of consumers to the advertisers. Denis McQuail defined audience as an ‘aggregate of actual or potential consumers of media services and products, with a known social-economic profile’ (McQuail, 2005: 399). In recent times audience is treated by media not as a group of public, rather a set of consumers.

Dallas Smythe argues that the audiences give their free time to watch media, with this labour then packaged and sold by the media to advertisers as a new kind of ‘commodity’ (Smythe, 1977 cited in McQuil, 2005: 401). Smythe suggested the commodification process brought together a triad that linked media, the audiences, and advertisers in a set of binding reciprocal relationships. Mass media programming is used to construct audiences; advertisers pay media companies for access to these audiences; audiences are thereby delivered to advertisers (Smythe, 1977 cited in Mosco, 1996: 148).

Like Dallas Smythe, Sut Jhally (1990) also says media is created to sell audience to the advertisers and to create consumer culture in the society. According to him, almost the entire media system (television and print) has been developed as a delivery system for marketers. Its prime function is to produce audiences for sale to advertisers. Both the advertisements it carries, as well as the editorial matter that acts as a support for it, celebrate the consumer society. According to Jhally, today, in the United States alone, over $175 billion a year is spent to sell us things (Jhally, 1990).

Taking theoretical notions provided by McQuail, Smythe and Jhally in consideration, it can be summarized that media primarily treat audience as consumer to be sold to the advertisers. In the times of ‘late capitalism’, media of Bangladesh also sell audience to the advertisers in disguise of delivering news and opinion. The following section of the article will discuss on the proposition by analyzing few cases.

Bangladeshi Media Creates Consumer Culture
Salim Reza Newton (Newton, 2003) has mentioned five functions of mainstream media of Bangladesh. The functions, as he describes those as ‘programmes’, are as follow:

1. To protect the interests of capital, profit and business of the mother company;
2. To protect the interests of the private sector or business sector of the country, in general;
3. To create a socio-cultural environment in the favour of local and foreign corporate capital, or to create a US-style consumer community;
4. To play a role in keeping a business friendly political ‘stability’, which means to try to establish effectively a West-style two-party ‘democratic’ system and to take an independent position by not being connected to any political party;
5. To create a ‘civil society’ comprising social, cultural and private sector elites, in absence of a strong bourgeois class, as a parallel force to the political parties, and to keep the leadership of that civil society at the hand of media itself as the representative of the business class (Newton, 2003: 31-32).

Newton clearly identifies at least two roles of media in Bangladesh which are relevant to our discussion – one, it is engaged in creating a consumer culture in the country and two, it tries to depoliticize people. This depoliticizing is very important to create consumer culture itself and to develop a persistent capitalist system as Robert W. McChesney says, a capitalist society works most efficiently when the bulk of the population is demoralized and effectively depoliticized (McChesney, 2001: 17). The manifestations of consumer culture and depoliticization are evident through advertising. Advertising is not mere a survival factor of media, it also create a purchase habit. Sut Jhally argues, the right question would ask about the cultural role of advertising, not its marketing role (Jhally, 1990). He extends his idea:

Culture is the place and space where a society tells stories about itself, where values are articulated and expressed, where notions of good and evil, of morality and immorality, are defined. In our culture it is the stories of advertising that dominate the spaces that mediate this function (Jhally, 1990).

I shall elaborate the idea of the media’s role in creating consumer culture in Bangladesh now by discussing few cases.

What is happening in the prime time news of commercial television channels in Bangladesh is unprecedented in the world. In the name of corporate branding, every slot of the news hours is sold to the advertisers. News is something that is served before, after or middle of the advertisement.

On 12 May, 2011 at the news of ATN Bangla at 7 pm, it started with ‘United Commercial Bank (UCB) headlines’. Just after immediate ‘UCB Headlines’ there was a slot for telecom company ‘Rabi’ for 5 seconds. Then the lead news started. The news at 7 had also had also ‘General Pharmaceutical Break’. It had ‘Popular Pharmaceutical International News’ and ‘Partex Sports News’. While broadcasting the news, at the bottom of the screen, there was news scroll also which was sponsored by ‘National Bank’. These examples prove that the news hour of ATN Bangla is wrapped and surrounded by commercials.

On 3 September, 2009, at the prime time news at 10:30 of National Television (NTV), the time span of 47 minutes news was occupied by advertisement of 20 minutes. Almost half of the time (43% of the news hour) was sold to the advertisers. But other than commercial breaks, the news hour was also wrapped by advertisements. The title of news titles was ‘Purbachal American City Title’ and the title of Business news was ‘Pioneer Insurance Business News’.

On the same day, in Channel I, there was ‘Eastern Bank Break’. It had also ‘Citycell News Title’, ‘Green Delta Insurance Business News’, ‘National Bank Financial News’, ‘Anondo Alo Cultural News’. And in the ‘Green Delta Insurance Business News’, that day, one news was about the monthly meeting of ‘Premier Bank’ and another was regarding a raffle draw at ‘Agora’ chain shop. These two items did not have minimum news value and basically the promotional news managed by public relations departments of the companies.

The dailies like Prothom Alo and The Daily Star are in the leading role to offer the culture of purchasing and they have a craft of doing it in a subtle way. As a part of that they manage few events that create a positive impression towards them. They organize language contest and mathematics festival which are named as ‘HSBC Language Contest’ and ‘Dutch-Bangla Bank Mathematics Festival’. They regularly give enough space in the newspaper for these long termed competitions every year. On the other hand, the entire business pages of these newspapers are used for promotional news of different corporate companies. If we look at table 1, we will see most of the advertorials are published in page 15, which is basically the business page of Prothom Alo. All other newspapers are just trying to follow the methods of developing symbiotic relationship with the advertisers that is initiated by Prothom Alo.

Product placement is regularly seen in the commercial FM channels in Bangladesh. The Radio Jockeys (RJ) frequently announce the recent offers of the telecom companies before or after playing songs. They never forget to include the names of the sponsors in their programme texts. In the time of Ramadan, there was Iftar Reporting in Radio Amar in 2009. On 23 October, 2009 the reporter was visiting a public place and was reporting live just before the Iftar. The reporter was describing the Iftar menu of the fasting people and he was mentioning the name of the mango juice ‘Fruto’ with emphasis. He also said he had taken Fruto as his drinks and even was asking the RJ at station whether he would keep Fruto for the RJ or not. Not to mention that, the sponsor of the live report was Fruto.

Conclusion
The neo-liberal and free market economic system and deregulated media situation have ensured introducing a good number of commercial media outlets in Bangladesh. These entire media world are dedicated to create and to enhance consumer culture in the country. They sell audience to the advertisers but in an indecent way. People’s right to watch uninterrupted or minimally interrupted programme is barely reserved. A comprehensive media policy by limiting the presence of advertisement, advertorials and product placement can improve the situation. But still commercial media will continue selling audience and it will be used for creating consumer culture.

This is a short version of the original article. For the full article see Media Asia, Volume 38 Number 4 (2011). 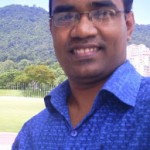 Author : Fahmidul Haq is the famous Educator in Mass Communication and Journalism in the University of Dhaka and guest editor of  e-News® I TecH News NETWORK…