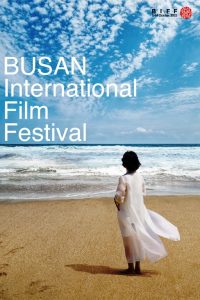 #thenewscompany : The 27th Busan International Film Festival (BIFF), which will be held for 10 days from Oct 5 (Wed) to Oct 14 (Fri), has confirmed the jury members for the New Currents and Kim Jiseok Awards, the two Asian film competition sections.

New Currents is Busan International Film Festival’s major competition section that introduces the first or second feature films of emerging directors, who will lead the future of Asian cinema. Since its first edition, New Currents has showcased new Asian directors’ works including those from Asia, drawing much attention by introducing cinematic works of the ambitious spirit.

This year’s New Currents juries, led by the president of Unifrance, Serge Toubiana, consist of a total of 5 members, each a director, filmmaker, and actor, who will take the lead in discovering emerging Asian directors. Each of the two films selected as the best films will be awarded a prize of USD 30,000.

Serge Toubiana, president of Unifrance, was appointed as the jury president for the New Currents Award at the 27th Busan International Film Festival. Previously, Serge Toubiana held the position of editor-in-chief at the prestigious French film publication Cahiers du Cinéma for 26 years, and published many books on films. He also produced radio programs on cinema and directed several documentaries. He was the director of a film museum La Cinémathèque française in Paris and served as a jury for Berlin International Film Festival and Cannes Film Festival several times. Currently, Toubiana is the president of Unifrance and has devoted himself to the development of the global film industry.

Other members of the jury include Alain Guiraudie, the winner of the Un Certain Regard Prize and Queer Palm at the 66th Cannes Film Festival for Stranger by the Lake (2013), and Kamila Andini, a leading director in human rights films such as The Seen and Unseen (2017) and Nana (Before, Now & Then) (2022), as well as the winner of the Platform Prize at the 21st Toronto International Film Festival for Yuni (2021), an official selection for A Window on Asian Cinema at the 26th Busan International Film Festival.

Ryo Kase, an actor and a persona of world-renowned Japanese directors such as Kitano Takeshi, Kore-eda Hirokazu, and Kurosawa Kiyoshi, will also be present. He made his first international appearance in a film directed by Clint Eastwood, Letters from Iwo Jima (2006). He continued to appear in several high-profile international films including Hong Sang-soo’s Hill of Freedom (2014) and Martin Scorsese’s Silence (2017). Lee Eugene, president of ZIP CINEMA and film producer who has actively produced Korean commercial films on various subjects, such as Woochi (2008), The Priests (2015), and most recently, Broker (2022), is also a jury member.

The Kim Jiseok Award was established in 2017 to commemorate the spirit of the late BIFF program director, Kim Jiseok, who dedicated himself to supporting the growth of Asian cinema. Among Jiseok section which introduces new films by Korean and Asian directors, two films are selected and each director is awarded a prize of USD 10,000.
This year, Jean-Michel Frodon, a renowned journalist and critic, has been appointed as the jury member for the Kim Jiseok Award. Jean-Michel Frodon previously worked for a prestigious French daily Le Monde as a film journalist for 13 years, and as an editorial director at an internationally acclaimed film journal Cahiers du Cinéma.
Director and scriptwriter Ogigami Naoko has also been appointed as the jury. Her directorial career with Yoshino’s Barber Shop (2004), Kamome Diner (2006), and Glasses (2007) earned her domestic and worldwide recognition. Furthermore, she has shown the potential of Asian films by winning the Teddy Jury Awards at the 67th Berlin Film Festival for Close-Knit (2017).

[New Currents Award Jury]
■ Serge TOUBIANA Jury President | President of Unifrance | France
Serge Toubiana held the positions of film critic and editor-in-chief at Cahiers du Cinéma until 2000. He wrote over 10 publications including Truffaut: A Biography, produced radio programs on cinema for French public broadcaster, France Culture, and directed several documentaries (on François Truffaut, Isabelle Huppert, Gérard Depardieu). In 2015, he also wrote the script of Hitchcock/Truffaut (2015) directed by Kent Jones. He was the director of La Cinémathèque française from May 2003 to 2016, and the president of the CNC (French National Centre for Cinema and the Moving Image)’s Advance on Receipts committee. Serge Toubiana has been serving as the president of Unifrance since 2017 and has been an active writer until now.

■ Alain GUIRAUDIE Director | France
The director was born in 1964, in Villefranche-de-Rouergue, Southwest of France. He directed and debuted with the short film, Heroes Never Die (1990). Guiraudie’s No Rest for the Brave (2003) was introduced at the Cannes Film Festival’s Directors’ Fortnight and his most successful film to date, Stranger by the Lake (2013), won the Best Director Award in Un Certain Regard at Cannes in 2013. Through his establishing works King of Escape (2009) and Staying Vertical (2016), he has become one of the most prominent French directors. Also as a novelist, he published two novels, Ici commence la nuit (2014) and Rabalaïre (2021).

■ Kamila ANDINI Director | Indonesia
Kamila Andini is a filmmaker based in Jakarta, Indonesia. Her passionate concerns for social culture, gender equality, and environmental issues lead her to make films with a distinctive perspective of telling a story. In 2011, she released her debut feature film The Mirror Never Lies (2011), which was selected for the New Currents at the 2011 Busan International Film Festival. And in 2017, she released her second feature The Seen and Unseen (2017) and received about 30 awards nationally and internationally, including the Grand Prix for Best Feature Film in Berlinale Generation K-plus 2018. Her third feature Yuni (2021) won the Platform Prize at the Toronto International Film Festival in 2021. Her fourth feature film, Nana (Before, Now & Then) (2022), won Best Supporting Performance for the Competition section in Berlinale 2022.

■ Ryo KASE Actor | Japan
Ryo Kase was born on November 9, 1974 in Kanagawa, Japan. Shortly after birth his family moved to Washington, United States, where he spent most of his childhood. Kase began his acting career in 2000 and gained his first starring role in Kumakiri Kazuyoshi’s Antena (2004). He then went on to work with several internationally renowned Japanese film directors, including Kitano Takeshi, Kore-eda Hirokazu, and Kurosawa Kiyoshi. His first appearance in an international film was Clint Eastwood’s Letters from Iwo Jima (2006). He continued to appear in several high-profile international films including Gus Van Sant’s Restless (2011), Abbas Kiarostami’s Like Someone in Love (2012), Hong Sang-soo’s Hill of Freedom (2014), Martin Scorsese’s Silence (2017), Bel Canto (2018) and The Works and Days (2020). He is a recipient of multiple awards, including a nomination for Japan Academy Awards, Blue Ribbon Awards, Hochi Film Awards and Asian Film Awards.

■ OGIGAMI Naoko Director | Japan
After Ogigami Naoko graduated from Chiba University, she went to the United States to study film at the graduate school of University of Southern California. She went back to Japan in 2000 and began her filmmaking career. She received attention for her directorial debut Yoshino’s Barber Shop (2003), which received a Special Mention at the Kinderfilmfest in the Berlin Film Festival in 2004. Her third film, Kamome Diner (2006) has been very successful both domestically and internationally. Her fourth film, Glasses (2007) received Manfred Salzgeber Award of the Berlin Film Festival. Close-Knit (2017) received Teddy Jury Award of the Berlin Film Festival and many awards from all over the world. Netflix series Rilakkuma and Kaoru (2019) is a stop-motion animation written by Ogigami. Her latest film, Riverside Mukolitta (2021) was nominated for A Window on Asian Cinema at the Busan International Film Festival in 2021.