The Bell 525 is the world’s first fly-by-wire commercial helicopter, designed to operate safely and reliably in austere environments with decreased pilot workload. The Bell 525 is being tested in Bell Helicopter’s fully integrated system integration lab (SIL), allowing for virtual flight testing of the Bell 525 before first flight, which is scheduled for Spring 2015.  The Bell booth will also feature an AH-1Z cockpit simulator. The multi-role capabilities of the company’s AH-1Z and UH-1Y helicopters are ideally suited to militaries aiming to bolster combat power across the broadest set of missions, with an affordable cost of ownership. The UH-1Y and AH-1Z offer the most effective and efficient means of accomplishing an array of missions, anywhere in the world. The AH-1Z is the world’s most advanced attack helicopter, compatible with the widest array of ordnance of any helicopter in the world. Across from Bell Helicopter, Textron Systems and Textron AirLand are exhibiting their military and commercial products and solutions at stand 03-C07.

Textron Systems : Among the unmanned systems solutions Textron Systems will present are: its Shadow™ Tactical Unmanned Aircraft System (TUAS), utilized by the U.S. Army and Marine Corps and the militaries of Australia, Italy and Sweden; the next-generation Shadow M2 TUAS; the expeditionary Aerosonde™ Small Unmanned Aircraft System, which offers proven multi-mission performance in both military and commercial land-and sea-based applications; and the multi-mission capable Common Unmanned Surface Vehicle (CUSV™). Textron Systems’ unmanned platforms are utilized around the world, in many cases led by its own operators and maintainers. Based on this expertise, Textron Systems Unmanned Systems Senior Vice President and General Manager Bill Irby will participate in a panel discussion at the Unmanned Systems Conference (UMEX) titled, “Understanding Trends in Unmanned Technologies and How it Impacts Future Warfare.” This conference program will take place on Monday, February 23, at 9:40 a.m.

Textron Systems also will highlight its combat-proven COMMANDO™ family of four-wheeled armored vehicles at IDEX, including the COMMANDO Elite and COMMANDO Select vehicles, along with marine systems including the new Ship-to-Shore Connector  amphibious landing vehicle and Motor Lifeboat for search and rescue missions. In the area of weapon and sensor systems Textron Systems will exhibit its advanced G-CLAW™ and new Fury™ precision weapon systems. Also on display will be several protection systems: the Spider™ man-in-the-loop system consisting of sensors, communications and munitions; and the flexible, easy to use MicroObserver™ Unattended Ground Sensor system.

Textron AirLand : The Textron AirLand Scorpion Jet was introduced in 2013 and is approaching its 300th hour of flight testing as a highly-affordable twin-engine tactical jet aircraft. Scorpion is designed to support numerous missions such as intelligence, surveillance and reconnaissance, humanitarian assistance, disaster relief, training and precision strike.  Scorpion representatives will be available at stand 03-C07 during all IDEX show hours.  A scale model of the aircraft will be displayed, along with video of recent flights, with experts prepared to discuss the performance, versatility and value of the aircraft.  In the past year, it has flown to many US states and across the Atlantic. Scorpion’s first-year availability rating was greater than 95 percent, an extremely high mission capability score for a prototype tactical jet aircraft.

About Textron AirLand, LLC : Textron AirLand has developed a highly affordable and exportable twin-engine ISR/Strike/Trainer jet for the tactical military aviation market. A versatile jet platform based on commercial best practices and proven high technologies, Scorpion is designed as a multi-mission aircraft for diverse battlefield, security and training missions. More information about our initial aircraft is available at www.ScorpionJet.com. 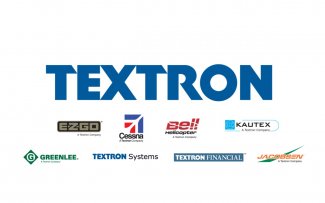 About Textron Inc. : Textron Inc. is a multi-industry company that leverages its global network of aircraft, defense, industrial and finance businesses to provide customers with innovative solutions and services. Textron is known around the world for its powerful brands such as Bell Helicopter, Cessna, Beechcraft, Hawker, Jacobsen, Kautex, Lycoming, E-Z-GO, Greenlee, and Textron Systems. For more information, visit www.textron.com.