Syngenta to give further boost to its Bangladesh operation 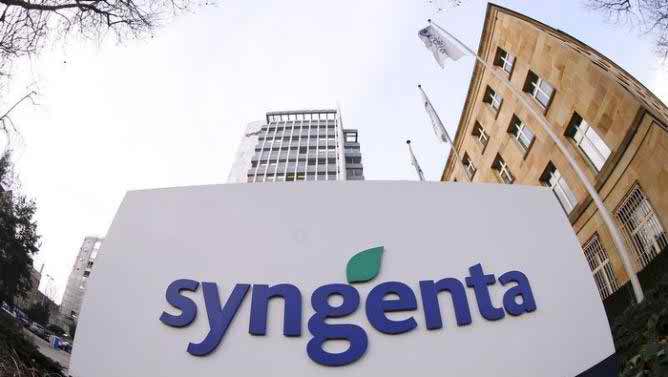 e-News® | The NEWS Company…DHAKA, Feb 09, 2016 : The world’s leading agriculture company Syngenta has planned to give a further boost to its Bangladesh operation, with focusing on small-hold farmers to help the country achieve sustainable food security, the senior officials of the company said here today (Monday).

“Unlike developed countries, small-hold farmers in Southeast Asia especially in Bangladesh should get the main focus for ensuring food security,” said the global chief operating officer (COO) of this Switzerland-based company as he was speaking with journalists at a city hotel.

Davor Pisk along with two other senior officials came to Dhaka on a two-day visit, marking the $100 million sales in Bangladesh. Regional Director for Asia Pacific Tina Lawton and Head of South Asia Bipin Solanki were the two other members of the company’s high profile visit. Regarding the impact of China National Chemical Corp’s bid to buy the Swiss pesticide and seeds maker, Davor Pisk told journalists that Syngenta’s operation would remain unchanged in Bangladesh irrespective of the changes to its ownership.

He said like other parts of the world Bangladesh is also facing a big challenge of feeding the increasing number of people while resources are limited. But, he noted that the country made some significant progress towards food security. Pisk also noted the key challenges to Bangladesh in attaining sustainable food security. These included land erosion, urbanisation, water scarcity, seasonal shortage of labourers and climate change.

“These challenges are creating pressure on the supply side,” Pisk said, suggesting that the policy intervention should be much more rewarding to agriculture. Recommending that hybrid should get priority in crop production, he said Syngenta would work more closely with government and others towards attaining food security. Explaining the company’s good growth plan, Tina Lawton said the company under its regional initiative would focus on small-hold farmers in Bangladesh with the major aims of helping them increase 20 to 30 percent productivity. Besides, she said technology transfer would also remain on the primary agenda of Syngenta’s operation in Bangladesh because this would be the main tool to make agriculture more rewarding.

Tina said Syngenta is now organising regular consultations with farmers here to educate them so they could adopt technology, which is vital for making agriculture more viable and capable of feeding growing population. Managing Director of Syngenta Bangladesh Limited Md Sazzadul Hassan said the company had already transfer modern and safer crop management products and procedures and seeds, which is being contributing to the country’s crop production. Besides, he said the company is in the process of developing tools for Bangladeshi farmers, which would be financially viable and easier to adopt.