A Bangladeshi student has developed a system that can produce electricity without any fuel, claiming it to be the world’s cheapest form of power. 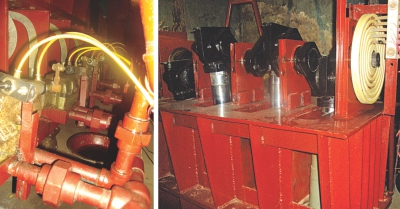 The system known as Heavy Circular Moving Object’s Triggering Energy Conversion (HECMOTE) uses round objects moving on a plain exterior, to capture the surface’s gravitational energy to run traditional generators to produce power.
“The technology is about converting gravitational energy into mechanical energy to generate electrical energy. It will not use any fossil fuel and thus, will not release any toxic elements into the atmosphere,” said Shahid Hossain, inventor of the new technology, at a press meet at Dhaka Reporters Unity yesterday.

Gravitational energy is potential energy an object possesses because of its position in a gravitational field. Hossain, who is studying for a diploma in electrical engineering at a technical college in Uttara, began work on his idea in 2007.

A 100KVA power plant adopting Hossain’s technology was set up on an experimental basis in Tongi in 2011, which has been running successfully since then. Hossain, 29, said the production cost of a kilowatt-hour of electricity would be Tk 0.2 with his system, whereas it is Tk 14.46 per kwh for a diesel-run plant.

The production cost of a unit of electricity with other renewable energy sources is even higher than that of the fossil fuel-run plants. The operation and maintenance costs are also much lower; a 100MW HECMOTE power plant will cost Tk 1.5 crore a month against Tk 5 crore of a diesel-run plant.

The diesel-run power plant consumes fuel worth Tk 144,000 an hour whereas the HECMOTE power plant will not use any fuel. The youth from Dinajpur said he ignored a lucrative offer from a Canadian firm a few years ago that offered to buy all rights of the technology.

Hossain said Bangladesh, an energy-starved nation, would benefit from the invention before it becomes available for others. “I need support from the government to make it commercial, as I will not be able to set up a plant capable of producing 100 megawatts of electricity worth crores of taka on my own.” His company, UltraMax Power Development Ltd, plans to set up plants that are within a capacity of 5 megawatts and 10 megawatts. The life-span of the system is 25 to 30 years, said Hossain.

He believes his invention could create a new dimension in solving the world’s present energy crisis.