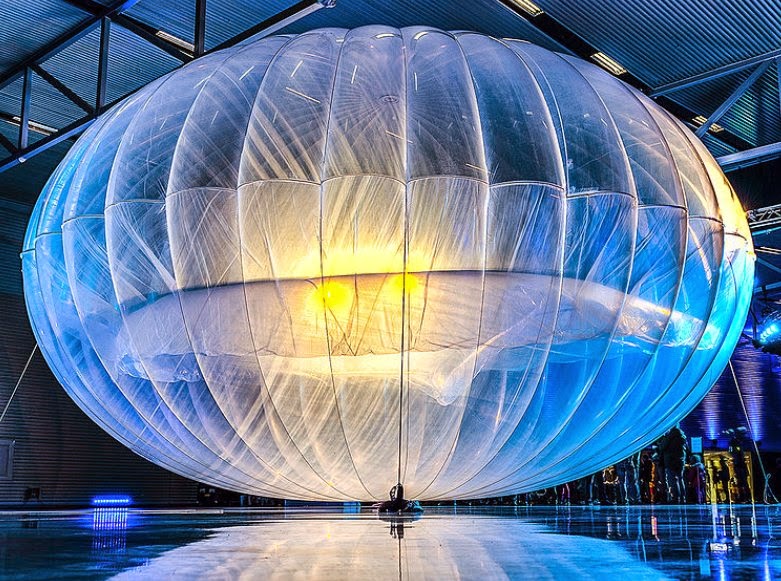 e-News® | The NEWS Company…California, August 02, 2015 : “Hopefully in a few months every person and every device on the island will be covered by 3G (third generation,” Deputy Economic Policy Minister Harsha de Silva said in his twitter feed. Sri Lanka’s Telecom Minister Mangala Samaraweera said the Google Loon balloons will cover every village from Dondra to Point Pedro, in reference to the northernmost and Southernmost points in the island.

Each balloon could cover about 5,000 square kilometres and with a little over a dozen the entire country could be covered.  Project Loon is a project being developed by Google with the mission of providing Internet access to rural and remote areas.. The project uses high-altitude balloons placed in the stratosphere at an altitude of about 32 km (20 mi) to create an aerial wireless network with up to 3G-like speeds. It was named Project Loon, since Google itself found the very idea of providing internet access to the remaining 5 billion population unprecedented and “crazy.”

The balloons are maneuvered by adjusting their altitude to float to a wind layer after identifying the wind layer with the desired speed and direction using wind data from the National Oceanic and Atmospheric Administration (NOAA). Users of the service connect to the balloon network using a special Internet antenna attached to their building. The signal travels through the balloon network from balloon to balloon, then to a ground-based station connected to an Internet service provider (ISP), then onto the global Internet. The system aims to bring Internet access to remote and rural areas poorly served by existing provisions, and to improve communication during natural disasters to affected regions

Google Loon started by building much, much bigger balloons able to hold equipment capable of beaming connectivity 20 km down to the earth below—starting with our modestly larger early Albatross design, all the way up to our 141-foot-long Hawk and beyond. To ensure there’s always a balloon overhead to provide connection, we needed to build a system that can manufacture these balloons at scale, leading to our latest balloon design, the Nighthawk, the likes of which has never been seen before. The French space agency, CNES, on Dec. 11 said it is partnering with Google on the Google X Project Loon to deploy more than 100,000 balloons in the stratosphere to provide high-speed Internet to regions without it.

CNES has maintained an active balloon launch program for studies of upper-atmospheric air currents, the chemical composition of the atmosphere at specific altitudes and other purposes, launching as many as 20 balloons a month. Google Vice President Mike Cassidy, in charge of the Loon project, said the company is evaluating multiple designs for Loon, with CNES and others. “No single solution can solve such a big, complex problem,” Cassidy said. “That’s why we’re working with experts from all over the world, such as CNES, to invest in new technologies like Project Loon that can use the winds to provide Internet to rural and remote areas.”

The balloons provide wireless Internet using the same LTE protocol used by cellular devices. Google has said that the balloons can serve data at rates of 22 megabits per second to fixed antennas, and five megabits per second to mobile handsets. Vincent Dubourg, deputy director for balloons, said the Loon project was an easy sell for CNES given the Loon project’s ambition. “To get a constellation of more than 100,000 balloons to operate for months at a time — it’s an impressive project,” Dubourg said in a statement. “We put up a maximum of 20 or so balloons a month, which fly for maybe three months. So the scale [of Loon] is impressive.” 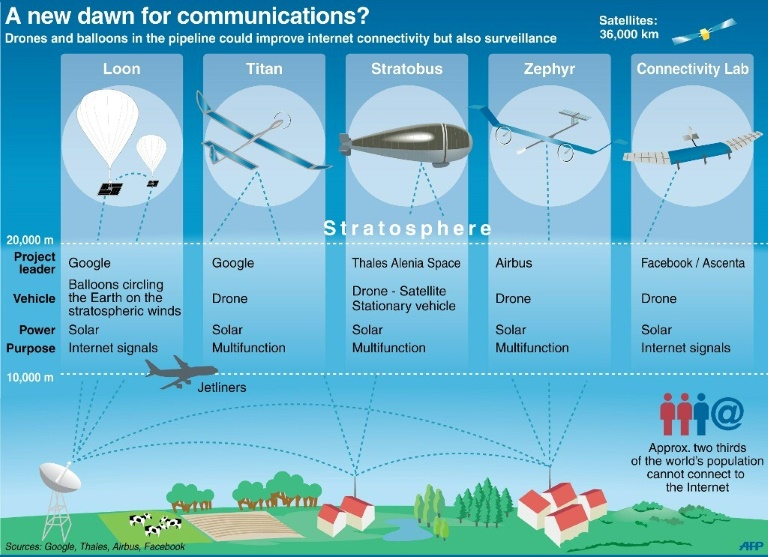 Early Loon designs show a pumpkin-shaped structure about 15 meters in diameter — larger than the 10-meter balloons often used by CNES. The CNES stratospheric balloons are carried by winds alone and their trajectory is not managed from the ground. One design being considered involves housing an air-filled balloon inside a larger helium-filled balloon, Cocquerez said. The air has the effect of lowering the balloon’s altitude by as much as a couple of kilometers. When the air is released, the balloon rises to its previous altitude of around 20 kilometers — above most weather and commercial air traffic.

In a Dec. 12 interview, Pircher said Google is paying CNES “a very small sum” related to intellectual property related to balloon design developed over the years of CNES experiments with stratospheric balloons. “When they approached us I have to admit that given our experience in stratospheric balloons – their cost of development, of maintenance, the need to recover them after the mission, the regulatory issues with civil-aviation authorities – I really didn’t think it was realistic,” Pircher said.

“And of course it may never be developed. But what our team saw in working with the Google team in New Zealand was instructive for us. They have ideas that will reduce the cost of the balloons by 10 times or so. This is something that will be useful to use for our science missions, regardless of what happens with Loon.” By the end of 2015, Google is aiming to have a continuous ring of high-altitude balloons in the Southern Hemisphere capable of providing wireless Internet service to cell phones on the ground.

That’s according to Astro Teller, head of the Google X lab, the company established with the purpose of working on “moon shot” research projects. He spoke at MIT Technology Review’s EmTech conference in Cambridge today.

Teller said that the balloon project, known as Project Loon, was on track to meet the goal of demonstrating a practical way to get wireless Internet access to billions of people who don’t have it today, mostly in poor parts of the globe.

Teller said Google should soon have enough balloons aloft to prove that the idea is workable. “In the next year or so we should have a semi-permanent ring of balloons somewhere in the Southern Hemisphere,” he said. Google first revealed the existence of Project Loon in June 2013 and has tested Loon Balloons, as they are known, in the U.S., New Zealand, and Brazil. The balloons fly at 60,000 feet and can stay aloft for as long as 100 days, their electronics powered by solar panels. Google’s balloons have now traveled more than two million kilometers, said Teller.

Tags: Astro TellerCNESfutureGoogleGoogle Loon balloons will cover every village from Dondra to Point Pedrohead of the Google X labinternetNational Oceanic and Atmospheric Administration (NOAA).Project Loon is a project being developed by GoogleSri Lanka is the first country to sign up for Google LoonSri Lanka's Telecom Minister Mangala SamaraweeratechnologyThe French space agencyWorld