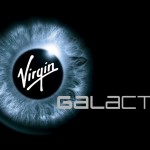 The world’s first commercial spaceport has opened its runway in the New Mexico desert, bringing the dream of mass tourism in space a step closer.

Virgin Galactic, the space tourism company set up by Sir Richard Branson, plans to operate flights from the spaceport with the first flights taking place within the next 18 months.

The opening of the two mile runway was marked with a fly-past of an aircraft carrying SpaceShip Two, Virgin Galactic’s rocket powered vehicle that will carry paying tourists to the edge of space and back.

It comes less than two weeks after Virgin Galactic made the first solo flight of SpaceShip Two, another significant milestone.

Sir Richard said he expects flights for space tourists to begin in nine to 18 months, and he will be among the first passengers. 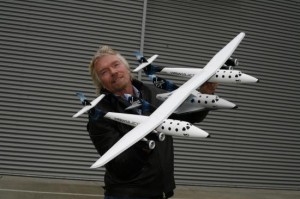 “I think the drop flight two weeks ago, which went beautifully, I think it made people sit up and realise this is really reality.”

Until now, space travel has been limited to astronauts and a handful of wealthy people who have shelled out millions to ride Russian rockets to the international space station.

Stretching across a flat dusty plain 45 miles north of Las Cruces, New Mexico, the new runway is designed to support almost every aircraft in the world, day-to-day space tourism and payload launch operations.

Virgin Galactic is the anchor tenant of the taxpayer-funded $198 million spaceport and plans to use the facility to take tourists on what will first be short hops into space.

State officials want to add companies for other commercial space endeavours, such as research and payload delivery, once the spaceport’s terminal hanger facility is complete next year.

Virgin Galactic’s White Knight Two — the special jet-powered mother ship that will carry SpaceShipTwo to launch altitude — also made an appearance Friday, passing over the spaceport several times before landing on the new runway.

Tickets for suborbital space rides aboard SpaceShipTwo cost $200,000 (£128,000). The 2 1/2-hour flights will include about five minutes of weightlessness.

Some 380 people have made deposits totalling more than $50 million, Virgin Galactic officials said.

Tourists who have already paid their deposits for a seat into suborbital space and Buzz Aldrin, who walked on the moon in 1969 as part of NASA’s Apollo 11 mission.

Branson, the president of Virgin Group, which counts airlines, entertainment and mobile communications among its businesses, partnered with famed aviation designer Burt Rutan on the venture.

While space tourism projects such as Virgin Galactic’s receive plenty of publicity, the commercial space industry is rapidly developing with companies like SpaceX of Hawthorne, California, seeking to supply the International Space Station for NASA.

SpaceX has successfully placed a dummy payload into orbit and has contracts to lift satellites next.

Other firms, including Masten Space Systems of Mojave, California, and Armadillo Aerospace of Rockwall, Texas, are testing systems that would carry unmanned payloads to space.

“Each flight we make, we’ll learn more, we’ll experience, we’ll open up more opportunities that we cannot even conceive of today,” Branson said. “This history, we’re making it right now.”

The best mobile devices for both business and personal use

Windows 10 devices to allow sign in with face, iris