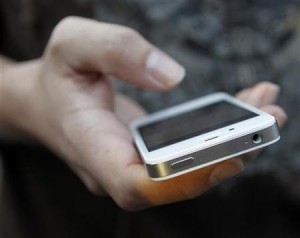 A U.S. senator has urged the Federal Trade Commission to investigate reports that applications on the Apple Inc and Google Inc mobile systems steal private photos and contacts and post them online without consent.

The distribution of third-party applications on iPhones and phones running on Google’s Android system has helped create a surge in the popularity of those devices in recent years.

However, Schumer said on Sunday that he was concerned about a New York Times report that iPhone and Android applications can access a user’s private photo collection.

He also referred to a discovery last month that applications on devices such as the iPhone and iPad were able to upload entire address books with names, telephone numbers and email addresses to their own servers.

“These uses go well beyond what a reasonable user understands himself to be consenting to when he allows an app to access data on the phone for purposes of the app’s functionality,” Schumer said in a letter to the FTC.

The lawmaker said it was his understanding that many of these uses violate the terms of service of the Apple and Android platforms. He said “it is not clear whether or how those terms of service are being enforced and monitored”.

As a result, he said, “smartphone makers should be required to put in place safety measures to ensure third party applications are not able to violate a user’s personal privacy by stealing photographs or data that the user did not consciously decide to make public”.

Schumer said phone makers have an obligation to protect the private content of their customers.

“When someone takes a private photo, on a private cell phone, it should remain just that: private,” said Schumer.

Facebook to showcase new look for newsfeed on March 7